How to Get a Death Certificate without a Body 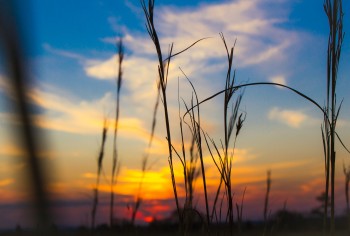 How to Get a Death Certificate without a Body

Whenever you read funeral planning advice online or talk to a funeral director about how to begin the process of wading through the paperwork involved in death, you will likely be instructed to get at least five to ten copies of the death certificate. That’s because everything from accessing life insurance policies to closing bank accounts or even getting the power shut off at the deceased’s home follows a strict paper trail.

In most states, death certificates are ordered either through the funeral home or at your county health department, and come with a fee of $5 to $25 per copy. They can be an annoyance, but are rarely more than that.

Unfortunately, when the deceased passed away in another location, or if the body has not been discovered, death certificates aren’t quite as easy to obtain. Because the process of proving death without a body takes time and wading through red tape, it might be months (or even years) before you can prove death and therefore access death certificates. This also means you may not be able to touch life insurance and other policies contingent upon a loved one’s passing.

When a loved one passes away and there is no body that can be found or exists as proof of passing, that person must be legally declared deceased. This process, known as death in absentia, is almost always a painful one, as it requires family members to not only come to terms with their own loss, but also navigate a complex system.

In traditional death, a physician’s certification is all that is required to register a death occurring. Because no body means no attending physician, the process of declaring death in these instances becomes a legal problem rather than a medical one.

Although special circumstances exist for military deaths or deaths that occur in the wake of a national tragedy (as was the case with the 9/11 attacks), most families are required to follow a strict protocol.

As a first step, a person must be declared missing or absent. This typically requires a waiting period of five to seven years in which no word of the deceased is heard, and in which an earnest search has been made. Red flags (things like having money problems, a history of running from the law, or being in a troubled relationship) might stall things even further. Most families must hire a lawyer to help them with the process, as it can be difficult to handle the courts alone.

Funeral Plans When There is No Body

Once a death certificate is issued, families may then begin the process of recovering funds and closing pertinent accounts as they would in situations where a body was recovered. However, if there are still questions about the possibility that the deceased might return, restrictions may be placed on an inheritance. This could require even more legal proceedings to fully clear.

On a more personal level, the process of grieving when a loved one’s body isn’t recovered is also a difficult one. Fortunately, there are few restrictions in place when it comes to making funeral plans. Most funeral homes will be happy to work with you to plan a memorial service that fits your situation while still honoring the deceased and all he or she meant to you.

After the funeral planning has come to an end and the family gathers to say goodbye to the deceased, it’s time for the funeral luncheon to start. Because most funerals take place during the morning (or in the early afternoon), it’s common for the... more »

How to Have a Sea Burial

Although it might seem like an archaic practice to those accustomed to modern funeral planning, sea burials have long been an acceptable way to dispose of human remains. For some cultures, the act of returning the body to the sea is part of a long-st... more »

Writing an Ethical Will

Ethical wills are one of the oldest funeral planning tools in existence—even though they have a lot less to do with funerals and a lot more to do with leaving a legacy behind. Historically popular in the Jewish culture as a way to pass ethical valu... more »