What to Wear to a Wake 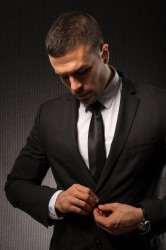 What to wear to a funeral and what to wear to a wake are similar but not necessarily the same thing. These two services, both conducted to honor the life and death of the deceased, serve different purposes in the act of bereavement.

A wake (usually held prior to the funeral) is an informal gathering either at the home of the deceased or at alternate location. While the historical traditions of a wake have their roots in physically watching over the body of the deceased in the days leading up to burial, it is now more of a time to get together and eat, talk about loved ones, and remember a life well lived.

A funeral is a more formal ceremony. Taking place either at a church or a funeral home, it is overseen by a religious or community officiant and follows a prescribed format. Prayers, readings, music, and processions all play a key role in a funeral.

Based on these definitions, it’s no wonder that the question of what to wear to a wake is one that arises fairly often. Because it is less formal than a funeral, you may not need to break out the black suit and tie. However, because you still want to show your respect, it’s also a good idea to keep the shorts and flip flops at home. 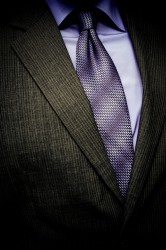 If the wake is taking place immediately before or after the funeral, it’s perfectly acceptable for you to wear the same clothes for both events. Dark suits and dress slacks, long skirts, formal wear—all of those items work well when you aren’t sure what else is appropriate. For greater variability, you can layer items so that you can move easily from one function to another.

For example, a cardigan or suit jacket over a button-up shirt or blouse allows you to remove layers in accordance with the formality of the event. You can wear lighter colors underneath as long as the outer layer is dark enough (navy, grey, or black) to lend a sober hue.

As is the case with any funeral-related function, always opt for close-toed footwear, understated jewelry, and clothes in good repair. “Sunday best,” or the same clothes you’d wear to an interview, are always a good fallback plan. 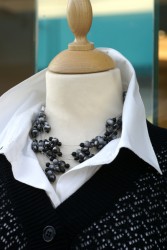 However, if the wake is a separate function (either the night before or a few days later), you may be able to ditch the funeral attire for something more comfortable and relaxed. Use the venue as your guide. 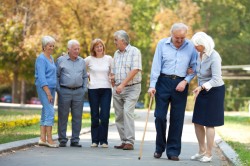 A wake and a funeral share many features, but because they serve different purposes, funeral clothes don’t have to be worn for both. Err on the side of formality if you are unsure, or ask the family for guidelines. The most important thing is that you feel comfortable, as this moment should be less about what you’re wearing and more about gathering and sharing your loss.

Like most traditions and ceremonial events, funeral planning changes over the years. Whether it’s the annual increase in the number of cremations or the prevalence of “green funerals” that seek to reduce an impact on the environment, popular fu... more »

Most funeral gifts and sympathy offerings are geared toward a female population. Whether due to the natural progression of funeral trends or the fact that many types of comforting gift ideas are feminine in nature, the reality is that funeral gifts g... more »

While much of funeral planning is left to the close family and loved ones of the deceased, some signs of respect can be made by other people who wish to offer their condolences and remembrances. Having flowers sent to the funeral is a beautiful way ... more »