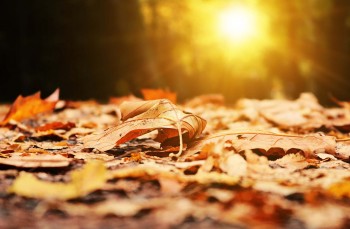 Even though the number of drug overdose deaths in the United States outnumbers the number of deaths caused by traffic accidents, it remains one of the most stigmatized ways to lose a loved one. It doesn’t matter whether the death was caused by an addiction to prescription drugs or illegal drugs—society’s view remains the same.

And that view, as anyone who has lost a loved one to a drug overdose knows, is not a kind one.

Any time a death is viewed as “avoidable” (as is the case with suicide, drug addiction, or other risky behaviors), people tend to lose some of their compassion. It is easy for everyone to agree that a young mother lost to cancer is a terrible tragedy; it is more difficult when an overdose occurs. Although your loss is no less of a tragedy, and your grief is just as real, you can’t expect the same support from the community. In a way, this makes your loss doubly hard. You not only have to deal with your grief, but you also have to bear ostracization and judgment.

When a friend or relative dies from a drug overdose, the funeral may be more understated than the norm. This is because the family might not want to widely advertise their grief due to feelings of shame. It could also be because their financial resources are drained from trying to get the deceased the help he or she needed. Whatever the reason, it is important to treat this death the same way you would any other: with nothing but love and support.

Send funeral flowers. Write a condolence card. Offer help in the form of cooked meals or yard upkeep. Arrive at the funeral dressed appropriately. Come with happy stories of the deceased and memories that will provide comfort. Talk to the family. Show empathy.

All of these actions—actions that treat a drug overdose death as compassionately as any other kind of death—will make a huge difference to the grieving family. They might also help you come to terms with your own feelings.

One of the most important things you can do after losing a loved one to a drug overdose is to find support groups and resources unique to your situation. This type of death is one that few people are emotionally equipped to handle on their own, so finding a good support system is key.

In addition to asking your medical provider and/or therapist for local recommendations, some larger organizations include:

Death can be especially difficult on young children, since they do not always understand the long-term implications of loss or have good coping skills for their grief. Counseling can help, as well as a good support network at home, but it might a... more »

When it comes to the tragedy of school shootings, one thing everyone agrees on is this: kids are the ones who suffer the most. It does not matter if they were physically present at the time of the shooting or if they personally knew one of the vi... more »

There is no denying that grief is a personal, difficult journey, and that no two people approach it the same way. The loss of a beloved parent or the death of a dear friend is likely to hit you hard, and you won’t know how you will cope until i... more »