Planning a Funeral After an Autopsy 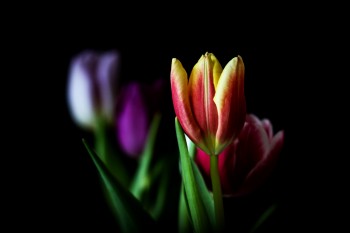 Planning a Funeral After an Autopsy

When death occurs following an unknown illness, an experimental treatment, or a case of suspicious or tragic death, an autopsy may be performed on the body of your loved one. This procedure, which is performed under the care of a coroner or medical examiner, allows pathologists to determine the exact cause of death. In some cases, this information is necessary in order to solve a crime; in others, it may be used to help inform future treatments and medical research.

In most cases, the autopsy is performed very soon after death (usually within 24 to 48 hours) and takes place completely out of your view. The funeral home works with the coroner’s office to coordinate the body care and delivery times so that you do not have to be aware of any delay in the ordinary funeral planning process. In fact, other than signing the necessary release forms, you may have little to do with the autopsy at all.

When death has been caused by a homicide, however, it may take additional time as forensic specialists gather evidence. This rarely lasts much longer than a day or two after death, so you should still be able to plan a funeral within the normal timeframe.

Choosing a Funeral Home After an Autopsy

Because all the body handling and transport takes place between the coroner’s office and the funeral home, you rarely have to do more than make the necessary arrangements with the funeral home of your choice. Because of the nature of death, virtually all funeral homes are familiar with the process and will be able to coordinate the transport of your loved one.

In addition, coroners work for the government and are therefore unable to make recommendations for which funeral home you should work with, so it is always best to go with your own preference.

Casket Viewings After an Autopsy

One of the biggest fears about an autopsy is that it will interfere with the body viewing. Full autopsies can be invasive, and often include an examination of all the major body organs, including those in the abdomen, chest, and head.

Autopsy does not have to interfere with your decision to have a body embalmed or put on display. Although some types of death make a viewing impossible (or unadvised), most autopsies can be hidden underneath clothes, hair, makeup, and other artistic arrangements of the body. These arrangements are almost always performed by the funeral home and with an eye to making sure your wishes are met to the fullest.

You can also skip embalming and an open casket to have the deceased buried or cremated as-is. Because everyone involved knows how important it is to treat the body with respect, you rarely have to worry about your loved one being shown anything but the care he or she deserves.

One of the scariest things a medical professional can say to you or a loved one is “It’s time to put your affairs in order.” When an illness or disease reaches the stage where it becomes terminal, there is not much you can do except make th... more »

If you or a loved one has decided to be cremated rather than buried, it’s important to remember that just as much effort should go into choosing a reputable crematorium as it does for choosing a good funeral home. Although the majority of cremat... more »

Legal Issues That May Arise After Death

The death of a loved one can be one of the most trying times in a person’s life.  Between planning for the funeral, gathering friends and family together to grieve and dealing with your own emotions, it can undoubtedly be an exhausting and trying ... more »