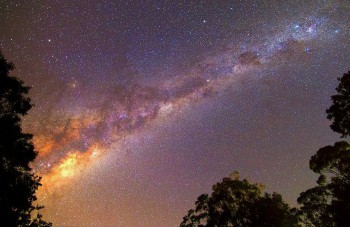 Our world expanded three years ago with Voyager’s landmark accomplishment of reaching interstellar space. The satellite, launched 36 years ago, breached the outer edge of our solar system, making history and proving that when it comes to humanity and space, we have only just started to explore the possibilities.

Those possibilities extend to funeral planning—more easily than you might think. It has been a kind of standing joke in the funeral industry that if the traditional options of burial and cremation are not your style, you could always shoot your remains out into space. This possibility is now real thanks to Elysium Space, a San Francisco based company that makes space burial affordable for the average American.

What is Space Burial?

Space burial is not like the Voyager satellite, which is moving and covering billions of miles of space. You will not be shipping an entire body out for space travel or sending an urn of ashes into the sky. Instead, Elysium allows you to blast a small sample of cremated remains into the sky, where they will orbit for a few months. After a designated about of time has passed, the cremains are brought back into the atmosphere, where they burn up (much like a shooting star). This reduces the amount of orbital pollution being put into space and also allows for a fitting farewell.

Because putting items into space is not an easy task, the company works in conjunction with commercial space transport companies to streamline the process. All launches take place in Cape Canaveral (in Florida) and families can actually travel to witness the sight.

How Technology Help the Burial Process

There is no denying that technology plays a big role in space burial. In addition to space launching technology, Elysium allows you to “track” your loved one’s remains as they orbit earth using an app you can put on your phone. You can also prepare to watch the eventual return to the atmosphere.

Elysium offers this burial service for the relatively low price of $1,990, check their website for the current launch schedule. As this sort of option catches on, you can expect to find more companies offering similar space burial packages.

Funeral planning today is about more than putting a body in the ground and erecting a headstone. With so many diverse options in cremation, from space burial to underwater memorials, you might be surprised at what you can do when it is time to say goodbye.

Buying a Casket at a Major Retailer

Seemingly, one of the easiest ways to save money on funeral costs is to purchase your casket at a third-party provider. Caskets tend to be the most expensive item on a funeral price list, and shopping around might save up to thousands of dollars. Alt... more »

Why do you need a funeral at all?

These days, there are almost as many funeral planning options as there are people. You can choose direct cremation or direct burial and skip a formal memorial service. You can have your ashes shot up into space or buried as part of a coral reef proje... more »