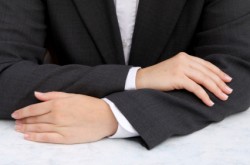 The funeral planning industry has long been considered a male-dominated profession. From the funeral directors who greet you at the door to the behind-the-scenes morticians who prepare your loved one for a final viewing, men have made up the majority of funeral service workers for quite some time.

Historically, caring for the dead has been the responsibility of women. As caretakers of the home (where most body preparation took place during the pre-Victorian eras), women were responsible for washing and dressing the body, and placing it in a shroud. From there, men took over. Building coffins, carrying the body, and the actual burial was men’s work. In fact, burial was considered such a “male” issue that in many cultures, women weren’t even allowed to attend the funerals or participate in the procession.

During the Victorian and Civil War eras, there was a shift in the way funerals were viewed. The commercialization of the death care industry meant that men took over much of the burial process, including roles traditionally taken by women. Since that time, the field has continued to be dominated by male funeral directors, who have come to take on an almost paternal role in the process of helping grieving families cope.

Are Women the New Face of the Funeral Industry?

Despite this long history, the funeral industry is poised for some major changes in the coming decades. An estimated 57 percent of current mortuary science students are female (as compared to 5 percent in 1970), with women taking on more dominant and public roles within funeral homes.

There’s a good reason for this shift. In addition to the appeal of a well-paying, stable industry, there is strong care-giving component to funeral planning that is ideal for women who want to combine business with hands-on, personalized customer service.

Although there are always exceptions to gender stereotypes, most female funeral directors provide a softer touch to the funeral planning process. Women tend to demonstrate better communication skills, compassion, and comforting abilities than men in similar positions—and families tend to be more receptive to receiving these things when offered by a female funeral director.

Because so many funeral homes are passed down between families—and because it’s a field that people tend to stay in for long periods of time—there are still quite a few male funeral directors in the traditional funeral home setting. However, smart funeral homes employ a mixture of men and women, allowing families the freedom of choice in determining who they want to work with in the funeral planning process.

If you have a preference of providers, be sure and ask. Most funeral homes can accommodate your wishes and ensure that you are comfortable with your funeral director—regardless of gender.

Planning a Funeral for a Suicide Victim

Some funerals are more difficult to plan than others. While all grief is real and painful, circumstances can make planning a funeral a struggle. This is especially true in instances where the cause of death was suicide. Historically, suicide v... more »

Calling a Funeral Home for Information

One of the best ways to comparison shop for the best prices when planning a funeral is to call the home ahead of time to determine their rates. According to the Funeral Rule, funeral service providers are required to give consumers who contact them v... more »

Is Cremation Appropriate For Everyone?

Cremation is becoming an increasingly viable choice for those who wish to step away from traditional burial platforms. With lower overall costs, a healthier environmental stamp, and the ability to personally connect with the deceased remains, there a... more »