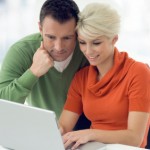 One of the biggest drawbacks to funeral planning in this day and age is the cost and time needed to bring together a wide net of family and friends who span the globe. When loved ones don’t live near the deceased, it can be difficult to attend the funeral services, leading to feelings of guilt, disappointment, and, in many cases, a lack of closure that can be almost impossible to overcome.

In an attempt to reach more people and make funeral planning easier  for families who don’t all live in one concentrated area, some companies are taking funerals to the web. Funeral webcasting, which places live or saved footage of a memorial service online, is becoming a popular and cost-effective way to bring people together to honor the deceased and share memories.

Webcasting technology has been around for decades, and is one of the most cost-effective ways to reach a wide Internet audience. Like a videoconference for businesses, some funeral webcasts allow for live interaction, in which users can “attend” the service from a remote location or even “step up” to the podium to provide their own eulogy. Other types of funeral webcasts simply offer video footage (either edited and set to music or provided as an uncut overview of the entire memorial service) that then goes online and can either be downloaded for a select period of time or viewed as part of a website for an indeterminate amount of time.

When placed within a memorial website or opened up to family/friend interaction, the results can be even more personalized. Providing a place for loved ones to post their written memories or have online “conversations” is a great way to encourage conversation and present a lasting tribute to those we have loved and lost.

Of course, as much as webcasting funeral services is catching on, it’s not something you’ll find available in very many funeral homes. There is perhaps no industry so slow to change and evolve than funeral homes, since so much of what they do is steeped in history, tradition, and a conservative approach that appeals to those who are suddenly struck down by loss.

In some cases, funeral directors are hesitant to suggest webcasting for fear that it might look like a gimmick or somehow diminish the somber tone that most of today’s funerals carry with them. In others, there might be a hesitancy to incorporate a new technology into a funeral pre-plan that’s been in effect for decades.

However, proponents of funeral webcasts have much to say on its behalf. In almost 100 percent of funerals, there is one or more family member who can’t make the trip – and for as little as $200, there are companies who can make sure they aren’t left out. And because most webcasting businesses know how important it is to remain respectful throughout the entire process, there is an overall atmosphere of honor and tradition that will put just about everyone involved at ease.

Funeral planning traditions exist for a reason—to provide a time-honored and familiar ritual for those who are lost in their bereavement. People derive quite a bit of comfort from familiarity, and even though funerals tend to be somber affairs, the... more »

Coping with Funerals and Loss

It's inevitable that as we age, more and more of our friends, relatives, and acquaintances pass away. Funeral planning, which seems so far away during our youth, becomes almost second nature as the decades pass, even though the pain of each death can... more »