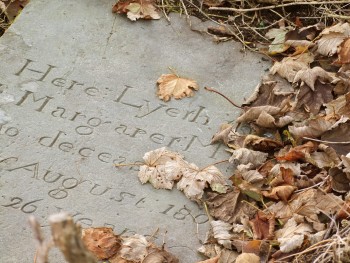 When someone famous or beloved dies, it is common to have a special phrase or quote carved into the headstone. These engravings (or epitaphs) are a kind of parting gift to the world; more public than your last words and more permanent than a note written on paper, these messages are what people who visit your gravesite carry with them for years to come.

It is no wonder that some of history’s more notable figures have epitaphs worth paying attention to. Although you will find interesting headstones in any cemetery you visit, here are a few of our favorites.

“I am ready to meet my Maker. Whether my Maker is prepared for the great ordeal of meeting me is another matter.”

“Within this circular idea / Called vulgarly a tomb / The ideas and impressions lie / That constituted Hume.”

“Here lies a Proof that Wit can never be / Defence enough against Mortality.”

As you can probably tell, van Ceulen was a mathematician famous for his calculation of pi to 35 digits – a pretty impressive feat for the year 1610.

History is full of interesting epitaphs and heartwarming messages to future generations. All you have to do is walk through a cemetery to see for yourself what measures individuals (and their families) will take to capture an entire lifetime in a few short words.

How to Write Your Own Obituary

When it comes to funeral planning, some people prefer to have everything taken care of ahead of time. In addition to setting aside money for a funeral, this includes choosing things like caskets and headstones ahead of time. And if you really don’t... more »

Although you can plan an entire funeral service from start to finish without hiring special vehicles or making arrangements for a procession, elegant transportation provides a nice touch to the day. Whether you opt for a fleet of limousines to take y... more »

One of the most often overlooked steps in funeral planning is communicating the passing of a loved one to others. While an obituary will do a good job of notifying the general community of the death, including where they can send flowers or attend a ... more »