Five Most Famous Mausoleums in the United States 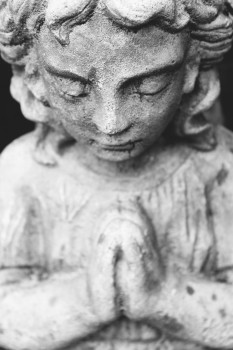 Five Most Famous Mausoleums in the U.S.

Mausoleums are one of the most iconic cemetery features. Known alternately as tombs, vaults, catacombs, and crypts, the term is used to describe any place of burial that stands as a separate building. They are often large enough to hold multiple bodies, and it is common for families to own their own mausoleums as a way to bury several generations in one location.

Worldwide, the most famous mausoleum is probably the Taj Mahal, which was built by Mughal emperor Shah Jahan in memory of his dearly departed wife. Although the United States does not have anything quite up to the Taj Mahal standards, it does boast a few impressive burial grounds worth a visit.

As you can tell from the above list, most of the famous mausoleums in the United States were built to commemorate presidents and other prominent leaders of the past. Today’s mausoleums tend to be a little more low-key and private, often tucked away on private property or in cemeteries where high rates of tourism are discouraged.

Losing a Loved One: Should I Hold a Public Viewing?

When a loved one dies, there are many different considerations that go into funeral planning. Cremation or burial? Which cemetery to choose? What kind of casket? Who should oversee the funeral? When should we hold it? If you do end up choosing... more »

These days, a wake is considered more of a formal tradition of the past than a way to say goodbye to a loved one. Historically, wakes were held when families cared for the body of a loved one at home (as opposed to a funeral home). There was no c... more »

Funeral etiquette is complicated even under the most traditional of family circumstances, so when you throw in blended families and issues related to divorce and remarriage, things can quickly become tangled up. Is it acceptable to go to the funeral ... more »