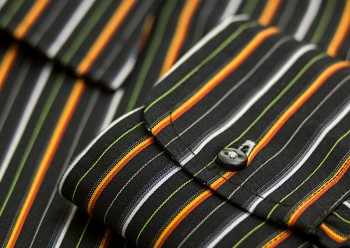 Although many of the traditions of funeral planning remain intact regardless of how much times may change, do not be surprised if you find people relaxing quite a bit in terms of the funeral dress code. In part due to the casual nature of today’s clothing in general, it is becoming more common to see people attend funerals in things like jeans, khakis, and sneakers.

Some people have no problem with this, as the most important issue isn’t what attendees are wearing so much as the fact that they came to show their support. For others, this lack of reverence can be a real slap in the face. Like a black-tie wedding or other formal event, some funerals call for more somber and appropriate attire.

It can be difficult to know whether or not you are justified in setting a funeral dress code. After all, unlike a wedding (which people must be invited to in order to attend), funerals tend to be open to the public—and dictating what guests may wear could put a strain on an already overwhelming emotional time.

Funeral attire varies depending on culture, religion, location, and each individual family. This kind of variability makes it difficult to set rules regarding dress code. If you feel very strongly that guests show the proper amount of respect, it is best to make it clear from the start.

The most important step is to remember that enforcing a dress code by turning people away is not recommended. Although you might not like the relaxed funeral attire in recent years, mourning is a very personal process, and the individual may have reasons for wearing what they wear that you are not aware of. Do your best to make your attire requests known—and then respect everyone’s individual choices.

Information Needed at the Time of Death

For the majority of people, death takes us by surprise. Regardless of age, health, and what kind of advance funeral planning has already been done, chances are you will be at a loss when that phone call comes through. Most of the time, the fir... more »

What to Wear to a Funeral When You Are Expecting

The old funeral superstitions say that pregnant women should not attend funerals, for fear that the spirits of the dead will somehow enter their womb and take over their unborn child. While we have pretty much laid those fears to rest these days,... more »

How to Write Your Own Obituary

When it comes to funeral planning, some people prefer to have everything taken care of ahead of time. In addition to setting aside money for a funeral, this includes choosing things like caskets and headstones ahead of time. And if you really don’t... more »