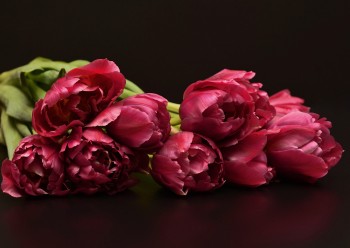 Being asked to serve as pallbearer is considered quite an honor. Because this position is restricted to between six and eight attendees, it is usually kept to close family members or friends of the deceased. In many cases, a particular group of friends (maybe members of a team or club) will be asked, to provide a sense of unity.

If you have been asked to be a pallbearer and are feeling a little nervous at the prospect, don’t be alarmed. Most people feel a sense of anxiety about being part of this honor. From fears of dropping the casket to being asked to comfort people in their grief, there is much about this position that has the potential to scare us.

If you are going to be a pallbearer and are not sure you are up to the task, here are a few tips to make things easier.

It’s also important not to feel like you have to be stoic or hold back emotions during your duties. Being a pallbearer doesn’t mean hiding your grief—it simply means that you have been chosen to help bear the burden of the burial. Cry if you want to; share in the grief of the family if the situation calls for it. Being a pallbearer is important, but so is being able to say goodbye to the deceased on your own terms.

Like part of a growing trend of Americans, you've pre-arranged your funeral to save your family from heartache after your death. You made the decision between cremation and burial, and set aside the appropriate funds to cover the entire ceremony. Now... more »

Most people are familiar with sending sympathy cards upon the passing of a friend or relative, or even with sending funeral flowers or some type of gift basket to show their concern. These types of funeral gifts have become mainstream, allowing indiv... more »

Loss and death are very personal things, and no one can tell you how the grieving process will affect you as an individual. You might be the type of person to break down, unable to function for the first few weeks as you navigate life alone. You migh... more »