Funeral Planning in a Tough Economy 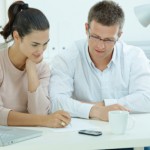 Funeral planning is a difficult affair under even the best of circumstances. In addition to handling your own grief and bereavement process, there are countless decisions to be made, people to get in touch with, and expenses to consider. The last of these – the financial ramifications of funeral planning – is one that often hits people the hardest, as the average funeral costs between $8,000 and $12,000 in all.

With a tough economy and many people struggling just to get by, these costs represent a staggering setback. Few families wish to go into debt to pay for a funeral, but at the same time, it may be important to you not to “skimp” on this important process.

Is it Okay to Buy a Cheap Funeral?

The decision of how much to spend on a funeral is a difficult one – and one that few people are prepared to make during times of high stress. Funeral pre-plans are ideal for just that reason. By making burial choices and paying all or part of the expenses in advance, families are spared much of the cost and burden of the funeral process.

However, not everyone makes the decision to pre-plan a funeral, and family members are left holding the reins. Life insurance policies or inheritance money can certainly help with funeral costs, but tapping too heavily into those funds can take away from the money left behind for family members or dependents.

If you are in a situation where money is tight, you may want to speak with your loved ones or even a professional not affiliated with a funeral home about the burial plans. Guilt, anxiety, remorse, and the feeling that you are somehow not properly honoring the deceased are all common side effects of trying to save money on a funeral, and having a support system in place can help you to work past these to reach the best possible outcome.

How to Save Money on a Funeral

In addition to financial services from insurance, veteran and military programs, and funeral payment plans, you might consider:

• Cremation, which can reduce costs associated with the casket and burial

• Not choosing preservation, embalming, or caskets built to “last,” since decay is both natural and inevitable

• Buying a casket/other supplies from an outside vendor, which funeral directors are legally obligated to allow

• Accessing church or religious institution options, which may promote more emphasis on memorial and less on burial

Of course, there is no better way to reduce the costs of a funeral than to pay for services and items in advance. Most funeral homes offer funeral pre planning options that lock in the prices of today and provide you with payment options that are spread out over several years. These can substantially ease the burden of paying for a funeral and also allow family members to focus on their grieving process rather than their bank account.

Department of Health and Burial Assistance

How Much Does Burial Insurance Cost?

One of the easiest ways to pre-pay for a funeral is to buy burial insurance (also known as funeral insurance). Instead of picking out details like caskets or cemeteries now, you simply set aside a lump sum that is payable out to your beneficiary upon... more »

Does a Funeral Have to Include a Viewing of the Body?

Body viewings are a common practice in the United States – a tradition that dates back centuries and continues to flourish even today. Originally a religious custom, body viewings have now become a way for family members and friends to pay their re... more »