Holding a Funeral in the Rain 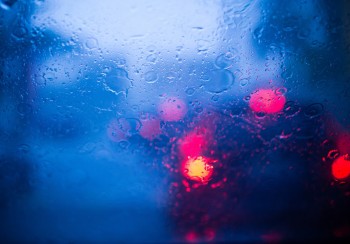 Holding a Funeral in the Rain

It is impossible to “choose” the right day or time of year for a funeral. Not only can we not decide when death occurs, but we are often restricted on time depending on what the funeral home or cemetery has available. The result is that funerals tend to take place no matter what the weather—oftentimes in the middle of a downpour.

In Victorian times, it was considered good luck if it rained during a funeral. This was taken as a sign that the deceased’s soul was moving on to heaven. More modern interpretations say that rain during a funeral is a sign that God is crying with you. While these touching beliefs are harmless, the realities of a rained-out funeral are more difficult to deal with. Do you cancel the funeral? Hold it at a later date? Buy umbrellas in bulk and brave the storm?

Canceling/Rescheduling a Funeral: Rescheduling a funeral at the last minute (because of weather conditions) is difficult and often expensive. Opening a grave for burial typically takes place the night before a funeral, and can cost hundreds to thousands of dollars. Changing your mind the day of the funeral means closing the grave back up and starting the process all over again—things you will be charged for.

So, too, will you need to coordinate with the funeral home and your funeral guests. In most cases, the hassles of changing travel plans and asking the funeral home to put a body back into cool storage far outweigh the benefits of avoiding the rain.

Holding a Second Ceremony Later: One option is to hold the outdoor, rainy funeral for those who wish to brave the elements, and to hold a larger memorial service at a later date. There’s nothing wrong with standing over a grave holding umbrellas or under an awning provided by the cemetery, and while some elderly guests may not feel up to the task of tramping around in the rain, those who wish to come may still do so.

By holding another indoor ceremony later (or getting together immediately following the burial), you can still enjoy a more comfortable gathering. Oftentimes, moving from the cold, rainy funeral to a cozy bar for drinks and camaraderie is exactly what people need to deal with their grief.

Make the Most of the Rain: You could also take a cue from the Victorians and embrace the rain as a sign of something positive. There is a sense of renewal about rain, a cleansing of the earth that symbolizes new growth. While shivering in the cold wet might not seem like your idea of a good time, you can try to see the positive in it and use the weather to help propel the collective sense of mourning.

If you have fears about being rained out of a funeral (especially in the case of weather advisories or heavy lightning), talk with your funeral director for more information. They may have a cancellation policy or can put you in contact with community centers or churches that are available to host a last-minute indoor memorial service.

One of the most common pieces of advice on how to save money on a funeral is to buy a casket online. Funeral homes mark up items like caskets, urns, and other burial effects by hundreds or even thousands of dollars—an amount of money that can seem ... more »

A recent trend in the funeral planning industry is to bypass traditional caskets in hardwood and stainless steel to opt for something more personalized. From custom-made themed caskets and do-it-yourself casket kits to simple shrouds that make the mo... more »

One increasingly common trend that we're seeing in funeral planning today is the presence of a funeral photographer at the services. As the name suggests, this professional is on hand to take pictures of a memorial ceremony, the sprays of funeral flo... more »