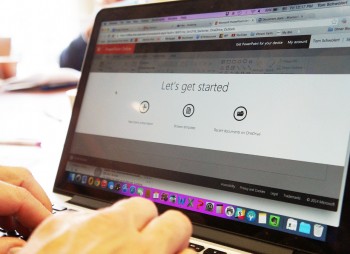 When a loved one passes away unexpectedly, funeral costs can be difficult for families to cover all on their own. With no advance planning, no money set aside, and (oftentimes) hospital bills that will also need to be paid, the idea of facing several thousand dollars to pay for the funeral can be overwhelming.

Social media is changing the way many people approach this challenge. Not only are families flocking to Facebook, Twitter, and other social media sites as a way to announce a loss and look for emotional support, but they are taking things one step further to solicit money to help pay for the funeral.

Several “donation” websites make it easy for an individual to solicit funds and receive anonymous payments that are directly deposited to your bank account. Some of the more popular ones for funerals include YouCaring, GoFundMe, and even KickStarter.

These sites (and others like them) allow you to set up a profile for your loved one, sharing information in much the same way an obituary might and outlining your reasons for fundraising. You can also set a financial goal, a time frame for donating, and automatically tweet or cross-post the information daily (or however you plan to set it up).

These sites usually charge a nominal fee for this service, and you might not get immediate access to the money, so you will need to plan your payment timeline accordingly. Depending on how many friends or followers you have on social media (and how widely your request is shared), you may be able to raise anywhere from a few hundred dollars to enough to cover the entire funeral.

It is also a good idea to indicate on the profile what you will do if you exceed your fundraising goal. Will the money be donated to a specific charity? Go directly to the family for continued support? Be used to make the funeral even grander?

Is it Socially Acceptable to Ask for Money for a Funeral?

Here is where things start to get tricky. Some people find nothing wrong with using social media as a way to solicit help and cover a large financial payment. Because no one has to donate who does not care to (and because most of these platforms make it possible to send anonymous donations), you are not forcing anyone into action.

One thing about publicizing your grief and financial situation in this way is that you open yourself up to comments and censure from the internet at large. Anonymity has a way of making people less sensitive than they might be in person, so you may receive comments or emails that criticize your appeal for help.

What Can a Funeral Home Legally Refuse You?

Oftentimes, when we talk about rights and responsibilities in the funeral planning industry, it’s about what you, the consumer, can legally expect from a funeral home. Several federal laws exist to protect you from predatory burial practices and to... more »

While burial insurance (also known as funeral insurance) is a great option for those who want to pre-arrange a funeral for a low upfront cost, it isn’t available to everyone. Like most other types of personal insurance (health and life), your age a... more »

There are several different types of cemeteries to choose from if traditional burial or cremation interment is part of your funeral planning efforts. In the United States, most people have a choice of four cemetery categories. Each one has its own pr... more »