Inexpensive Ways to Dress a Child for a Funeral 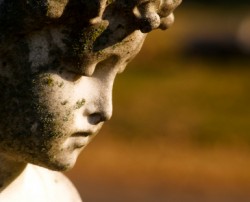 Children aren’t always invited to attend funerals, but it is becoming more common to introduce formal death to kids at a young age. Because they are often bombarded by media images and video games that include death, going to a funeral for a relative can be a more realistic and practical way for them to understand what death means.

While many parents are happy to include children at funerals, there remains the lingering question of how to dress them…and how to dress them on a budget. It isn’t practical to purchase a somber black formal outfit they might only wear the one time, but neither is it appropriate to dress them in a glittery holiday dress or jeans and a t-shirt. To dress a child for a funeral for less, we recommend a few key steps.

At the end of the day, the most important thing your child can bring to the funeral is respect and good behavior. Most people will be more than understanding of budget (and time) constraints when it comes to dressing a child for a funeral.

Funeral receptions (sometimes called a wake or end-of-life celebration) are some of the most difficult events to plan—and not just because sudden grief makes it difficult to attend to small details. Because most funeral timelines take place in ... more »

The Three Most Common Times to Start Planning a Funeral

Most people assume that funeral planning is something that happens once death occurs—which is part of the reason it gets such a bad reputation. There are few things worse than being forced to choose a casket, select a burial plot, and talk about wa... more »

Should you send funeral flowers? Is it OK to wear blue instead of black? What should you say? These are all questions that may run through your mind when planning to attend a funeral. Times like these tend to cause people to walk on eggshells, an... more »