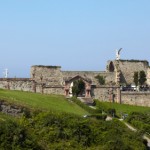 Funeral planning is not unique to the Untied States or even to western cultures. For as long as there has been human existence, there has been a way to honor and celebrate the passage of life to death. Many of these funeral customs have their roots in religion, and those that are still in existence today have become a way to celebrate unique cultures and countries.

Although all funeral planning is different according to the individual, and there is no cultural universal that demands all funerals be the same, some of the most interesting funeral customs include:

• In Japan, cremation is the preferred choice, with a national rate of 99 percent. As is customary with U.S. funeral customs, the cremated remains are usually either buried in a family burial plot or scattered in a beloved location.

• In China, the number of attendees at a funeral is believed to increase the amount of luck the family will have (and how well the deceased will get on in the afterlife). Professional mourners may be hired to make the attendance number larger.

• In the Philippines, wakes in honor of the deceased typically last anywhere from three to seven days in length. It’s not uncommon for very large numbers of visitors to come and stay for all of this celebration.

• In Haiti, family members are responsible for much of the hands-on funeral planning, including preparing and dressing the body for burial. Displays of grief may be set aside until all the possessions of the deceased have been moved out of the home.

• In Amish communities, funerals are a shared event that bring entire towns together. Many families choose to turn to traditional funeral planning at a funeral home, with a focus on simplicity (no cosmetic work and a simple wooden box for burial). Things like flowers, ornate gravestones, and even mourning clothes are kept to a minimum.

• In Thailand, cremation is almost universal. As the body is prepared for the ceremony, family members may place coins in the mouth, tie the hands and feet with white thread, and place money, flowers, or candles in the hands. Additional flowers and monetary gifts might be later placed on the cremation pyre.

• In traditional Bolivian funeral customs, there is a separate cremation ceremony just for the deceased’s clothing. This is believed to release the soul of the deceased to the afterworld.

In most cases, international funeral customs are just an extension of the funeral plans we are all familiar with. Reverence for the deceased, attention to personal items, and the opportunity for families to gather and mourn are present no matter where you travel.

Incorporating religious or traditional customs is a great way to personalize your funeral planning efforts, and it may help the family to place an even greater emphasis on the beliefs and wishes of the deceased. If you want to adhere to time-honored practices, you may want to talk with your family or fill out a funeral planning form to ensure that your wishes are carefully laid out in advance.

Like most traditions and ceremonial events, funeral planning changes over the years. Whether it’s the annual increase in the number of cremations or the prevalence of “green funerals” that seek to reduce an impact on the environment, popular fu... more »

Whenever someone dies in the line of duty—whether it’s a soldier, police officer, or fire fighter—funeral planning becomes more important than ever before. That’s because the deceased is more than just a beloved son or daughter, mother or fat... more »

Today’s funeral caskets have the option to come equipped with specialty drawers that allow you to incorporate a uniquely personal touch. Located on the lid or side panels, these memorial drawers are similar to ones you might find in a jewelry chest... more »