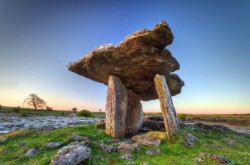 Funeral planning in the United States takes on a variety of different formats. Depending on religion, personal preference, and budget, you can end up with anything from a quiet, understated affair to a three-day funeral complete with a parade procession down the city center.

Natural burial is a movement in the United States that argues in favor of the belief that “less is more.” By burying the body directly in the soil (usually in a shroud or other highly biodegradable material), natural burial enthusiasts believe that they can help the body to recycle naturally and with less of an emphasis on material trappings.

In a natural burial, the land is altered as little as possible. This means no putting chemicals, hardwoods, or metal into the earth, as well as staying away from ornate headstones. Burial containers take the form of biodegradable coffins, shrouds, and other items that don’t take up natural resources, and the body’s contact with the soil is something to be celebrated, rather than avoided.

Graves in a natural burial are also shallower than in a traditional setting. Natural burial still has to adhere to local and state regulations regarding safety and sanitation, but shallower graves allow for better (and quicker) decomposition.

How to Have a Natural Burial in the United States

Natural burial is as regulated as the rest of the funeral industry, so you can’t just bury someone in a forest or even on your own land without the right permits. Some funeral homes and cemeteries can help you with this process, but as they often have regulations about burial vaults, you are probably better off finding out how to bury a loved one on your own land or finding a green burial organization designed for this purpose.

If you don’t want to move entirely over to natural burial, you can take small steps to make a difference.

You can also contact one of the few natural burial cemeteries that allows for this kind of process. Because they are typically only found in larger cities or in areas where eco-friendly practices are at their highest, you may be forced to research local regulations to find out what’s available in your town.

Natural Burial around the World

As an interment practice, natural burial has been around as long as humans, and many religions follow a strict burial code that falls along these lines. It is only in the past two hundred years or so that we’ve moved so much to focus on heavy woods and ornate funerals.

This return to our roots has become increasingly more popular in recent years, with different countries placing a different emphasis on green burial options. The UK, New Zealand, and Canada all have natural burial organizations to help foster this idea in their own countries, while places like Sweden have been researching alternate burial and cremation options for decades.

Pros and Cons of Living by a Cemetery

We all know that cemeteries are some of the most beautiful places a city has to offer. Lush and green, secluded and historic, protected from development…if you want somewhere to be alone with your thoughts (and with nature), you can’t do much... more »

During funeral planning, one of the things most families already know is that they’ll need to have devices like pacemakers removed before a loved one can be cremated. Any medical device with an electronic component (pacemakers, internal cardiac def... more »

Whenever anyone talks about funeral costs or finding ways to finance a burial, the most commonly cited options include pre-planned funerals, funeral or life insurance, estate money, or even a private savings account. It has long been considered the r... more »