The Funeral Industry and Technology 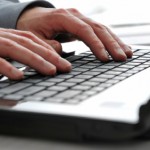 Funeral homes aren’t exempt from the technology wave that’s been sweeping industries around the world. From online memorials to new options in funeral arrangements, consumers today are faced with a variety of different options when putting their loved ones to rest.

For decades, one of the biggest obstacles to attending the funeral of a loved one is travel. Families are often spread out throughout the country, and last-minute travel plans aren’t always a possibility. For those unable to participate in the funeral planning or make it to the service in time, video streaming funerals has become a possibility. While the practice sounds macabre, the truth is that it is no different than a video conference or other footage taken and viewed at home. By capturing the funeral on film and making it available online, those who weren’t able to be there can still participate. In some even more tech-savvy families, participation via a virtual conference room makes it possible to give off-site eulogies in honor of the deceased.

Oftentimes, these online videos are put on a tribute web page or other online memorial website. Anyone with a little web know-how can put together a website in honor of the deceased, offering a forum for sharing memories or for posting pictures. These websites can be left up for several weeks, months, or even years, depending on the scope of the site and what you wish to get out of it.

In instances where a young person has died, some families have been able to find solace through the popular social media sites MySpace, Facebook, and even Twitter. Users who have had accounts on these sites often have hundreds (if not thousands) of followers, and sharing a death can result in an outpouring of support from around the world.

Online support groups have also become a common way to share the burdens of grief and bereavement. In many cases, funeral homes will direct attendees to online resources for support, and online tribute memorials often do the same. Although much of this practice has less to do with funeral planning and more to do with coping, the funeral industry is taking a good look at how online interactions can help ease the transition for loved ones.

Technology in the funeral industry isn’t all about moving conversations to the Internet. In many cases, technology has more to do with alternate burial methods or funeral planning options that lay outside the traditional norm. From condensing cremated remains into a wearable diamond to “green” burial shrouds that allow you to bury a loved one without putting any burden on the eco-system, businesses are tapping into the modern mindset to offer new ways of dealing with death and burial. Many online stores (including places like Costco and Wal-Mart) even offer online coffin purchases, which can reduce funeral costs by allowing for fast and easy comparison shopping.

Of course, websites like this one are playing an important role in changing the face of funeral homes, as well. By gathering resources and information online, those interested in funeral pre planning or issues related to burial or bereavement can access everything they need in one easy location.

Funeral homes are traditionally the last to update or take steps to join the twenty-first century. Because so much of what they do is steeped in time-honored practices and tradition, it’s often been hard to usher the clients and even staff into a new age. As more time passes, however, it will become common for

the Internet to become a platform for funeral information, and technology that promotes “green” burials and financial savings will only continue to flourish.

Modern Jewish funerals follow in a long line of traditions and practices that have been around for centuries. Depending on the wishes of the deceased and the family he or she leaves behind, a Jewish funeral can be highly traditional or follow a more ... more »

Burial options are more diverse today than they have ever been before. People are opting for everything from traditional cemetery plots and urns to more unusual choices like donation for the advancement of science and medicine. All of these are part ... more »