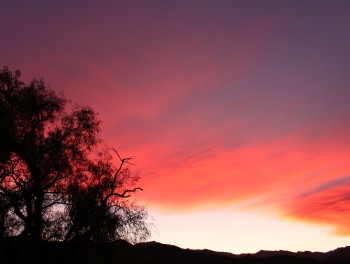 The funeral planning industry encourages individuals to take responsibility for their own death and funeral plans. From fully prearranged funerals with every detail laid out and paid for, to funeral checklists and apps that outline individual wishes, it is all about making your wishes known and easing the burden on your family after you are gone.

But there are times when funeral plans do not make things easier on the family. In fact, some funeral wishes—especially those that cost a lot of money or go against tradition—can make things more difficult. This is especially true if there was any dissention in the family prior to death occurring.

This poses a complex question for the individual in charge of funeral plans. Is it more important to honor the wishes of the deceased—whatever they are—or is it better to plan a funeral that the whole family can approve of and afford?

Unusual funeral requests can take on a variety of formats. Some people want to be cremated and have their ashes buried in a pet cemetery near a beloved pet—an undertaking that might offend the more religious and traditional family members, but otherwise harms no one. Others might wish to have their casket paraded down Main Street to the accompaniment of a marching band—an undertaking that definitely comes with its complications.

Other requests might be more subtle. For example, grandma might wish to be buried with her wedding ring, despite the fact that it is quite valuable and several relatives would like to have it. Your father might ask that his brother (with whom he has had a lifelong feud) not be allowed to attend the funeral. Your uncle might want to be laid to rest in a casket he crafted with his own two hands rather than something from the funeral home.

These kinds of requests are difficult to navigate unless strict arrangements have been made ahead of time, whether the arrangements are financial, legal, or otherwise set in stone. And because it is not always legal for wills to “require” that bizarre conditions are met before money is disbursed, it is usually up to the family left behind to make judgment calls regarding these wishes.

Although every situation is different, here are a few times when it is acceptable to ignore a funeral wish:

Of course, you need to be prepared for the emotional toll that going against a funeral wish might cause. In addition to the guilt of not meeting the deceased’s wishes, you might also have to deal with family members and friends who disagree with your choice. The lingering emotional effects could last long after the funeral.

The Funeral Industry in Bellevue: Funeral Homes and Cemeteries

Bellevue funeral homes are a lot like the city itself and are ideal for funeral planning in Bellevue. Located across Lake Washington from Seattle and existing primarily as a satellite city to that metropolitan hub, Bellevue has all the benefits of a ... more »