Animals that Mourn their Dead 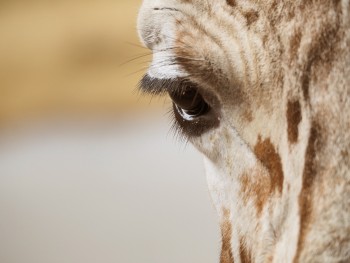 Animals that Mourn their Dead

The ritual of funeral planning and burying a loved one is something that is uniquely human. No other species on the planet takes quite as much time and care to say goodbye, and the rituals we rely on to find comfort in our loss are impossible to duplicate. However, that does not mean animals don’t share our sense of loss. Dogs at their owners’ funerals have been known to exhibit physical signs of grief, and it is not uncommon for one pet to pass away soon after another one has died.

Although their mourning patterns may not always match our own, animal bereavement can be a touching, beautiful tribute to the sense of loss we all share.

Although not everyone agrees that what animals feel during this period of mourning is the same as human grief, there is no doubt that death affects their regular patterns of behavior. Perhaps most important is the role that community plays in animal grief, as many of them turn to their pack or tribe for support during this difficult time.

There are two primary ways to buy burial insurance. The first operates like any other kind of life insurance policy, in which you name a loved one as the beneficiary who receives the payout when you die. The second option allows you to name a fun... more »

What to Do After the Funeral

Oftentimes, we get so caught up in funeral planning we forget about things like all the funeral etiquette and bereavement issues that arise after the fact. No matter how well prepared you are for death, or how many funeral pre-plans are in place, it ... more »

Coping with Funerals and Loss

It's inevitable that as we age, more and more of our friends, relatives, and acquaintances pass away. Funeral planning, which seems so far away during our youth, becomes almost second nature as the decades pass, even though the pain of each death can... more »