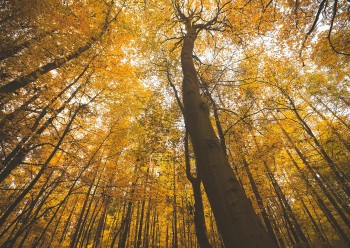 It is a common assumption that once a body is buried, you have reached the end of the road. As soon as the dirt is packed and the gravestone erected, there is nothing more to be done for the deceased except to visit and leave the occasional bouquet of flowers.

Although it is not common practice, some families do choose to make changes after burial has occurred. This is usually done because they are relocating and wish to have access to a closer gravesite, because they wish to use the burial plot for another relative, or because they have decided they would rather cremate the deceased.

Why Cremate after Burial?

Cremating a loved one after they have already been buried may sound strange, but there are several good reasons for doing it. For example:

In order to open a grave and remove the buried remains, you must have legal access and quite a bit of money put away. In addition to city, state, and/or county permits to move or exhume the body, you will also need the assistance of a funeral director to oversee the process (this is legally required for safety and sanitation reasons).

Once the body has been exhumed, you will have to adhere to local rules regarding transport and handling of the remains. This means that the body will most likely move through the funeral home or crematorium you have chosen to handle your business, and you will have little (if any) contact during the exhumation. You can, however, ask to have any items buried in the grave to be returned to you at this time, especially if they are dangerous to place in the crematorium or hold personal or sentimental value.

The good news is that once the body has been transferred to the crematorium and cremated, the gravesite and headstone are legally your property. You can re-sell the plot (according to the cemetery guidelines and your contract) and/or recycle the headstone. Some families even re-bury the cremated remains, which take up much less space overall.

How to Write Out Your Funeral Wishes

In an ideal world, you will not only be financially solvent enough to plan (and pay for) your funeral and cemetery plot in advance, but you’ll also be able to leave behind a full will and estate for your loved ones. There will be no question ab... more »

Are You an Ideal Candidate for Cremation?

The debate of whether it is better to choose cremation over burial is one that has the potential to divide families and make funeral planning difficult. Unless the deceased was clear about his or her wishes or made advance funeral plans, chances ... more »

Funeral Planning: The Realities of Cremation

If you’re considering cremation as a funeral planning option for yourself or a loved one, it’s important to have all the facts first. Although cremation is growing in popularity as a low-cost and environmentally-friendly way to say goodbye to tho... more »