Everything You Need to Know About Embalming 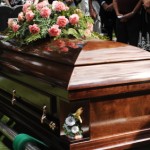 One of the many issues that will come up as you go through the funeral planning process is whether or not you’d like to have the deceased embalmed. Embalming, which is the procedure done to remove all the fluids in the body and replace them with a chemical mixture that preserves the tissue, has long been a staple in the funeral industry.

While there are some instances in which embalming is a legal requirement, most people can opt out of this burial practice with few repercussions. If you are unsure whether or not this option is right for you, consider the following embalming facts:

Only bodies moving over state/country lines need to be embalmed. There are many reasons why you might wish to embalm a loved one, including having a body viewing or delaying the funeral for a few days (or even weeks). However, the only legal requirement for embalming is when the body is being moved over state, county, or international lines. Certain airlines and other transportation companies might have their own requirements regarding body transportation, as well.

There is evidence that embalming may be detrimental to the environment. Green funerals are becoming an increasingly popular option for younger generations. From the heavy metals used for caskets and grave liners to the chemicals associated with preservation, burial accounts for a large amount of damage to the earth every year.

Funeral home regulations vary. Although you don’t legally have to embalm the body of the deceased, some funeral homes have their own safety policies in place—especially if you’re having a public viewing. If you disagree with that funeral home’s practices, you may have to shop elsewhere.

Embalming costs average around $500. Embalming isn’t as expensive as most people assume—you can usually find someone who provides it for anywhere from $200 to $1,000. These charges are added to the other funeral costs and may even be covered by a funeral insurance policy or funeral pre-plan.

The best way to determine if embalming is necessary is to talk about these issues before death occurs. Some people feel very strongly on the subject; others are less concerned about the details and only want to make the transition as easy as possible. Embalming exists for a reason, and many people find comfort in the tradition of it—but that doesn’t mean it’s right for everyone.

Being asked to serve as pallbearer is considered quite an honor. Because this position is restricted to between six and eight attendees, it is usually kept to close family members or friends of the deceased. In many cases, a particular group of f... more »

Top Ten Items to Place in a Casket

For as long as people have held burials, they have been placing items into the grave to accompany the deceased on their final journey. Coins over the eyes to gain passage across the River Styx, the elaborate tombs of the kings and queens of Egypt, ea... more »

How to Plan an Ash Scattering Ceremony

One of the primary reasons people choose cremation for their funeral plans is because there is much more flexibility in where, how, and when you dispose of the final remains. Because cremains can remain in an urn or in a box for years before you m... more »