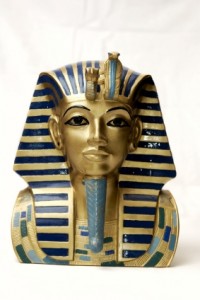 Most people tend to look at high funeral costs as a modern thing. We know that burial space is at a premium, and that families will pay extra to ensure that their loved ones are treated with respect and ceremony, and assume that this is the result of present-day attitudes toward death and dying.

In reality, today’s funerals are often less ostentatious than those of our forebears. The Victorians were notorious for making burial into a lengthy and expensive process, often going into mourning for an entire year after the headstone was erected. Not only would they pay to have the full procession, wake, and burial, but they’d continue to purchase black mourning clothes and avoid parties for months afterward.

The Victorians weren’t the only ones to make a show out of death. Some of the most expensive funerals in history took place during a time when money was tight and the everyday man paid the biggest price.

Most people are aware of that the Great Pyramids are actually elaborate tombs built for the kings of old. What they aren’t aware of is just how much time and effort was put into the construction of these tombs. The Great Pyramid of Giza, one of the most well-known tombs, took 20 years to build and has a total mass of 6.5 million tons. According to scientists who digitally re-created the process, today’s price tag for construction would top out at an amazing $5 billion.

Another famous tomb is the Taj Mahal, built in the mid-1600s as a way for the then-shah of India to mourn his wife. Like the pyramids, this wonder took 20 years to complete and required tens of thousands of workers. The price tag at the time of construction was a cool $1 million, which you can imagine was quite a bit of money over 400 years ago.

Another one of history’s leaders who went out with a hefty price tag was Macedonian King Alexander the Great. Although his tomb’s location is still considered a mystery, rumors have it that his body was bathed in honey and encased in gold, making his total funeral bill around $600 million in today’s money.

Funerals of Today and Yesterday

Of course, all of the above examples are extremes—if you look at modern-day pop culture icons and politicians (like Michael Jackson or JFK), you’ll find similarly overwhelming price tags ($1 million and $40 million, respectively).

However, one thing remains true regardless of the era, and that’s that funerals and death weigh heavily on us all. Paying a lot of money for an elaborate funeral or tomb is nothing new. People have always wanted to be remembered and be respected as they make their final bows. Funeral costs might seem overwhelming at first, but for many of us, it is the natural progression of a life well lived and worth celebrating.

One of the reasons we have cemeteries and headstones as a culture is because of how important it is to have a physical place to grieve. Regardless of your beliefs about the afterlife, being able to make a connection to a grave, a physical location, o... more »

Green funerals are an increasingly popular choice for funeral planning in the modern age. Not only can you say goodbye to your loved ones in a way that doesn’t put a strain on the environment, but eco-friendly burial options also allow you to save ... more »

When you're planning a funeral, it is important to adhere to the religious beliefs that sustained the deceased during his or her lifetime. Not only does this honor the life of the deceased, but it often brings great comfort to those he or she left be... more »