Death Masks for a Modern Funeral 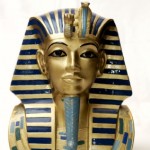 For thousands of years, people have been working hard to capture the memory of the loved ones they have lost. As early as the ancient Egyptian culture, death practices and funeral planning efforts have included a burial mask, or an impression made of the face of the deceased shortly after he or she passes. This was done for a variety of reasons, including religious and cultural rites.

It is also an art form in which the death mask becomes a memento or figure to be used in portraits or other memorials. Although the earliest cultures used clay or other soils to make the impressions of the face, death mask artistry evolved over the years to include plaster, wax, and even metal molds.

For early Egyptians, the death mask was believed to strengthen the spirit of the mummy and help guard the soul from evil spirits as it traveled through the afterworld. Ancient Romans adopted this practice, too, although they relied on death masks to help them create the many stone sculptures their civilization left behind.

By the Middle Ages, death masks had become more of a political tool than anything else. Important people (royalty, religious figures, etc.) would have their likenesses captured and recorded, a sort of predecessor to modern photography. It wasn’t until the eighteen century that death masks adopted a more scientific purpose, helping researchers to learn more about human anatomy.

Although you probably won’t be able to open a phone book and find a funeral mask provider in your area, there are organizations that provide this service following the death of a loved one—and in some cases, the funeral home can do it for you. Considered macabre by some, others view a death mask as a chance to make a lasting memorial in a way that is unique, memorable, and artistic.

Today’s death masks are usually cast in plaster, wax, or bronze. The process can also be done for the folded hands of the deceased, or (more commonly in the case of a lost child), the feet. What you do with these memorials is entirely up to you. Folded hands can add a nice touch to a memorial set up in your home with an urn. A traditional death mask can become part of a larger sculpture or piece of artwork commissioned or done in remembrance of the deceased. Many people display death masks at the funeral, alongside sympathy flowers and other effects.

Due to the sensitive nature of death mask creation, this practice isn’t for everyone. However, as more and more people are opting for unique and elaborate funerals, death masks are growing in popularity. Anything that helps you move through your grief and honor the lives of those you love can be a benefit—especially if you are facing a recent loss and have few other effects to remember the deceased by.

Do I Have to Write an Obituary?

When a loved one dies, it is customary to write an obituary to be published in the local paper, on the funeral home website, or on social media. This brief overview of the deceased’s life not only informs people of the death (and the memorial s... more »

Jewelry to Wear to a Funeral

Because funerals tend to be formal and call for more careful attention to your attire than usual, it makes sense that you will put on some jewelry before you leave the house. A string of pearls, an understated watch, a favorite family brooch—al... more »

How to Get a Burial Flag

When planning a funeral for a United States veteran, you may be eligible to receive a U.S. flag to be draped over the casket or to accompany the urn. This service is provided free of charge and with a great respect for the service provided by the dec... more »