How to Have a Funeral in Space 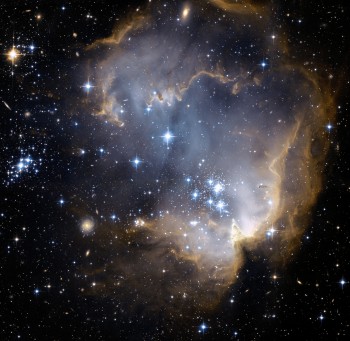 How to Have a Funeral in Space

There is something about setting a funeral in space that makes us feel immortal. Maybe it is the vast size of it, spreading out over billions of galaxies. Maybe it is the timelessness, the idea that anything jettisoned out into space will keep moving forever. It could even be the beauty of it—the twinkling of a thousand starry nights is something humans have been admiring for centuries.

Whatever the reason, more and more people are choosing to look skyward to make funeral plans. Although we have not yet reached the point where we can affordably send entire bodies out into space, there are ways to get at least a part of your DNA out of this world.

Space funerals might not yet be up to the pomp and circumstance of earthbound funerals, but it is an area that is likely to keep developing. Whether future generations colonizing other planets must come up with innovative ways to bury loved ones, or if we find ways to make space travel easy and affordable, this is one frontier the funeral industry will most likely continue to explore.

Dates NOT to Plan a Funeral

Few people can choose the time and date of their death, which means most funerals take place on the spur of the moment. No matter how inconvenient the timing or what month it is, saying goodbye is something that always takes precedence over the o... more »

During funeral planning, one of the things most families already know is that they’ll need to have devices like pacemakers removed before a loved one can be cremated. Any medical device with an electronic component (pacemakers, internal cardiac def... more »

How to Plan a Funeral with No Money

In strained economic times, it’s not uncommon for families to find that they have no money to pay for an unexpected funeral. The death care industry is a notoriously expensive one, and if you don’t have disposable income or advance funeral plans,... more »