Funeral Planning for the Future: The Mushroom Death Suit 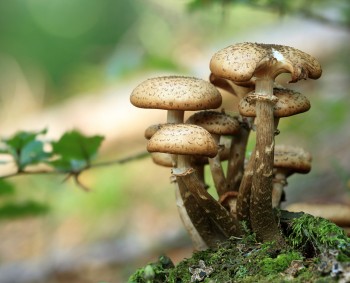 Funeral Planning for the Future: The Mushroom Death Suit

Finding cost-effective and environmentally-friendly ways to dispose of human remains is one of the biggest challenges of the funeral planning industry today. On the one hand, people want the age-old traditions that bring them comfort; on the other, those age-old traditions are responsible for putting 30 million board feet of wood and enough concrete to build a 535 mile highway into the ground every year.

The Infinity Burial Project is one of those rare organizations actively seeking new and innovative methods of decomposition through the use of technology and science. To this end, they have developed the Mushroom Death Suit, a burial option that gives back to the planet in several different ways.

What is the Mushroom Death Suit?

Although the name is a bit off-putting (and the pictures even more so), the mushroom death suit isn’t quite as bizarre as it sounds. Fungal organisms play a role in the decomposition of almost all living things, whether we want them to or not. The Mushroom Death Suit merely capitalizes on this natural process with a special strain of mushroom that has been “trained” to decompose human bodies.

In the first launched prototype of the suit (which has been said to look like ninja pajamas), the deceased wears a bodysuit that has been threaded with the special mushroom spores. The suit is also infused with a liquid spore slurry, which helps decompose the body more quickly and naturally without putting harmful chemicals into the environment. As the body decays, the mushroom threads begin to grow and help facilitate the decomposition process.

Not only does this suit not put anything harmful into the environment, but it actually cleans toxins from the earth, making it one of the only earth positive funeral options out there.

Goals of the Infinity Burial Project

What is interesting about the Infinity Burial Project isn’t just that it provides a new and very unique way to take care of human remains. One of the organization’s goals is also to promote death awareness and the acceptance of decompiculture (what the process is called) as a viable alternative to burial.

It is this step that may make the biggest difference in the death care industry. Coming up with new ways of disposing of human remains is actually fairly common. From composting to resomation, alternatives to traditional burial can and do exist—but that doesn’t mean people use them. Changing burial regulations and gaining cultural acceptance are necessary steps if we hope to someday change the way we say goodbye to our loved ones.

Funeral planning traditions exist for a reason—to provide a time-honored and familiar ritual for those who are lost in their bereavement. People derive quite a bit of comfort from familiarity, and even though funerals tend to be somber affairs, the... more »

One big component of traditional funeral planning is finding a reputable florist that can provide all the funeral flowers for the memorial service and burial. Flowers add an elegant touch to almost any funeral, providing a way to incorporate color, m... more »

Who Should Be in Charge of Funeral Planning: the Funeral Home or a Family Member?

In almost all cases in which you make financial arrangements during the funeral planning stages, it will be necessary to choose a beneficiary or executor. This will be the individual who spends whatever money you have set aside for the funeral and w... more »