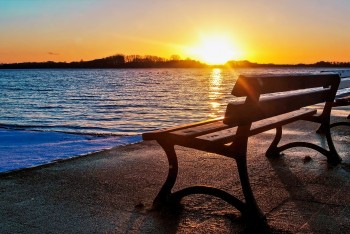 There is no mistaking that the Baby Boomer Generation has shaped much of our culture over the past fifty years or so—and that includes funeral planning. With almost 80 million individuals who share the same general values and outlooks, Baby Boomers have directed everything from the political landscape (they hold the most U.S. offices of any other generation right now) to the economy (they are the single largest economic group in the United States). Baby Boomers have more discretionary income than any other age group and are estimated to control 70 percent of the total net worth of American households.

It is no wonder, then, that the next wave of funeral trends is likely to cater to this crowd. Most  Baby Boomers are currently in their 60s, an ideal time to begin thinking about funeral plans and to set aside funds for this process. Many Baby Boomers have recently lost their own parents, and  have experience with funeral planning and have strong ideas about what they’d like to do differently for their own funerals. And most importantly, they have the money to pre-plan a funeral exactly how they want it.

How Baby Boomers May Change the Funeral Industry

The funeral industry has long been a field where tradition dictates most of the decisions. People have been opting for simple elegance, quiet grace, and reverence for so long that these options tend to override new technologies or industries, which means many funerals take on a similar tone.

However, with advanced techniques in body interment (think everything from cremation or direct burial to resomation) and more options when it comes to personalizing a funeral, Baby Boomers may help push things to the next level.

Baby Boomers are known for not only having more money to spend, but for knowing what they want and how they want it. They are responsible for the great changes in the coffee industry (where you can get a latte in pretty much any flavor and type you want), and we can only assume that they will bring similar changes to the death care industry. In fact, according to NBC News, funeral homes are already seeing more things like customized caskets in showy themes and increased pre-need sales.

Planning a Funeral No Matter What Your Age

There is no question that Baby Boomers are in an ideal position to begin their advance funeral planning, even if it’s only to start setting money aside or to purchase burial insurance. But remember, you don’t have to wait until your 50s or 60s to start thinking ahead. Whether you want a traditional funeral with all the somber grace of years past, or something more whimsical, the time is right to sit down with a funeral director or your estate lawyer to begin outlining your final wishes.

Who Should Pay for the Funeral?

There is no denying that funerals are expensive. When you factor in everything from the burial and gravesite to the memorial service itself, you could be looking at a total of anywhere from $2,000 to $10,000. So who pays for the funeral? If t... more »

Playing music at a funeral is something almost all cultures and religions do in some form or another. Pianos or organs, a vocalist or harpist, pre-recorded songs that accompany the procession—there is something about music that speaks to the so... more »

How to Plan a Green Funeral

Green funerals, which are defined as any funeral plan that put an emphasis on reducing the burden on both the earth and the wallet, are becoming an increasingly popular choice in the modern world. It doesn't matter whether you are funeral planning in... more »