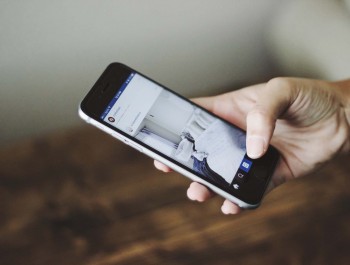 We are asked to turn our cell phones off for movies, theatrical productions, weddings, and school, but what about at the funeral of a loved one? It should go without saying that a memorial service is one of those times when it is best to leave the cell phone in the car or ensure you have put it on silent. An estimated one in six funeral attendees not only leaves their cell phone on, but actively uses it to text, surf the web, or take selfies.

When to Turn the Cell Phone Off

The majority of family members and friends at a funeral should switch their phones off the moment they step foot into the funeral parlor. Any last minute conversations or texts should occur in the parking lot, and the phone should not be switched back on until you are alone or the funeral has ended. This is especially true if you have a distracting ring tone (there is nothing worse than an inappropriate song chiming out as the casket is being lowered) or if you tend to get a lot of communication over the course of an hour.

It is becoming more and more common for funeral officiants to politely ask everyone to turn off their mobile devices before beginning the service. It is best to comply with this request, not only as a way to show your respect for the deceased, but to ensure that close family members are able to properly mourn.

When to Turn the Cell Phone On

Of course, that does not mean there are not times when a cell phone is okay at a funeral. Depending on your situation, you may find it acceptable to use a phone for the following.

Funeral Fashion: How Much is Too Much?

The question of what to wear to a funeral is one that gets asked time and time again. How formal should your funeral clothes be? Does your entire outfit need to be black? What do you do if you cannot afford new funeral clothes? Is it okay to put ... more »

When you're planning a funeral, it is important to adhere to the religious beliefs that sustained the deceased during his or her lifetime. Not only does this honor the life of the deceased, but it often brings great comfort to those he or she left be... more »

How to Dress for a Funeral

For many individuals, funeral planning is about more than preparing the body for burial – it's about preparing the entire family for the commemoration of a loved one's life. With this in mind, it's important to realize that funeral attire plays a b... more »