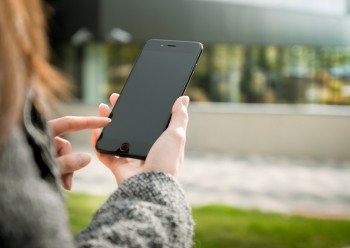 These days, there is an iPhone or smartphone app for just about everything—and funeral planning is no exception. Among the games, exercise, weight loss guides, and restaurant apps, you can also take a few minutes (and spend a few dollars) on various applications that help you plan your funeral—and all at the tap of the screen.

The concept behind mobile funeral planning is not as farfetched as it might seem. Although traditional funeral plans will find you sitting down with your estate attorney or a funeral director to determine the best course of action, few people are willing to expend the time and effort needed to plan a funeral from start to finish. That’s why many companies are offering online funeral planning options. You can spend just a few minutes a day putting your wishes and requests into writing—and make that information instantly available via a virtual platform.

Because so many people are now accessing online information on the go, the next logical step is to make this process available as an app. After all, our phones have become our lifelines—and they are one of the first items to be handed over to the next of kin in the event of a sudden death.

What Does a Funeral Planning App Do?

Funeral planning apps are unlike traditional funeral pre-plans in that you aren’t setting aside money or pre-purchasing a plot of land or funeral insurance. Instead, you are merely outlining your wishes and providing contact information to those who are responsible for planning your funeral after you pass on. Some of the information included in the app:

This information can then be sent to family members and friends who may need access, or it can be stored for your own use. You can also list next-of-kin contacts for anyone who finds your phone at the scene of an accident.

Plan Ahead in Any Format

Funeral planning with an app might still be a new concept to most users, but it is never a bad idea to start thinking about what you’d like to have done to your remains when you die. If you are like most people and rely on your phone to communicate and get your work done, you may want to look at a funeral planning app as a way to start the funeral conversation and make your intentions known.

Funeral receptions (sometimes called a wake or end-of-life celebration) are some of the most difficult events to plan—and not just because sudden grief makes it difficult to attend to small details. Because most funeral timelines take place in ... more »

The funeral planning industry has long been considered a male-dominated profession. From the funeral directors who greet you at the door to the behind-the-scenes morticians who prepare your loved one for a final viewing, men have made up the majority... more »

How to Plan a Cheap Funeral

Even under the best of circumstances, funeral planning comes with a long list of costs and responsibilities. With the average funeral cost at around $7,000 (and additional considerations for burial arrangements), it is not easy—or cheap—to say go... more »