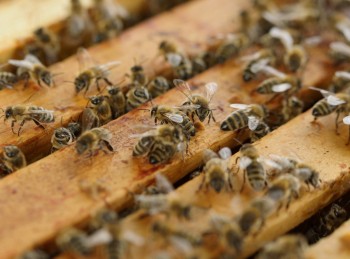 Funeral superstitions vary by culture and by generation, and what one family believes wholeheartedly, another may consider folly. For example, the Victorians were notorious for their strictures on death and dying, with superstitions that ranged from covering mirrors and stopping clocks at the time of death to building specialty coffins with bells that could ring in case of a live burial. Today’s superstitions have a much more horror-movie feel to them, such as the idea that standing on the street corner when a hearse stops will signal your own impending death.

Not all superstitions are rooted in such steep myth, however. Wakes are themselves a kind of funeral superstition arising from the need to watch over the body day and night—something some people say is a measure of respect, and which others say has more to do with preventing the soul from returning to the body.

While most people today hold these funeral superstitions as amusing warnings rather than strict regulations, it is important to remember that every superstition has its reason for existing. Some help give mourners a feeling of control over death, while others may help with the decay process. Whatever the reason, few superstitions are actually harmful.

Advice on Choosing a Casket

Many people find the decision of burial versus cremation to be the easiest decision to make during funeral planning. Most of us already have some idea where we stand on the topic, and we know how our funeral budget will dictate our actions. If yo... more »

These days, more and more funeral planning consumers are turning to online sources for information on choosing a funeral home and knowing their options when it comes to burial, cremation, or alternate body arrangements. Whether they’re researching ... more »

Should You Have a Memorial Service Instead of a Funeral?

Most people use the terms memorial service and funeral interchangeably—and with good reason. During the funeral planning stages, the differences between the two often become blurred, and your focus is on your grief rather than the semantics of the ... more »