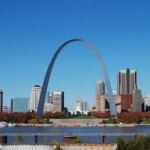 St. Louis funeral homes uphold a long tradition of burial practices that hearken back to the nineteenth century. The cemeteries here are some of the oldest and most elaborate you’ll find in the entire United States, and there are a number of famous burials that make them well worth the visit. Whether you’re interested in St. Louis cemeteries as a tourist or as someone looking for resources on planning a funeral, here is quick history on what you’ll find.

The most famous St. Louis cemeteries are Bellefontaine Cemetery and Roman Catholic Calvary Cemetery, which are side-by-side in the heart of the city. Both were established before the Civil War took place, and these cemeteries contain a large number of historical burials. Together, they tell an incredible story of life during the war years, the late 1800s, and throughout the twentieth century.

Bellefontaine was established in 1849 as a place to bury so many of the individuals who perished during the cholera epidemic of that year. Many of the bodies from an older burial ground (the original St. Louis cemetery) were moved here, as well, which means that many of the deaths pre-date the 1849 foundation. It totals 314 acres in all, with over 14 miles of paved roads as well as a collection of some of the most elaborate and beautiful mausoleums in the world.

The setting in Bellefontaine, which is a scenic collection of trees, rolling green lawns, and crumbling headstones, sets the tone of a historic graveyard very well, and many people come here simply to take in the sights or even jog along the trails. Famous burials in Bellefontaine include a number of early American politicians, fallen Civil War heroes, St. Louis city founders, and famous local names like the Busch family.

Roman Catholic Calvary Cemetery has a foundation date of 1857. It offers 477 acres of land, most of which is styled in the traditional sense, with drooping trees, incredible mausoleums, and old headstones. Most famous for being the final place of rest for the Chouteau family, which helped found the city, Roman Catholic Calvary Cemetery also has a number of other burials that draw in thousands of visitors each year. These include the graves for former slave Dred Scott, whose case helped pave the way for the Civil War, author Kate Chopin, Civil War General William Sherman, and playwright Tennessee Williams.

Although it isn’t quite as famous as its historic counterparts, Jefferson Barracks National Cemetery is nonetheless an important part of the St. Louis funeral services backdrop. This national cemetery is a resting place for U.S. soldiers from all the wars, ranging from the Civil War on. Founded in 1827, this cemetery contains memorials for more than 103,000 men and women in all.

As the cemeteries attest, St. Louis has a long and rich history in the United States. It was originally founded in 1764, and much of the ambiance and architecture of these early days is still evident. Its role during the Civil War caused considerable growth, and the city was famous for its annual fairs (not to mention the 1904 World’s Fair).

The city also enjoys a rich cultural tradition that combines French ancestry and a large Catholic population. Both these elements are evident in the St. Louis cemeteries on every tourist to-do list, as well as in the modern funeral services that continue to help the bereaved even today.

Funeral planning in the United States takes on a variety of different formats. Depending on religion, personal preference, and budget, you can end up with anything from a quiet, understated affair to a three-day funeral complete with a parade process... more »

These days, funerals have become such grand, ornate affairs that it’s almost impossible to know where all your products come from. Caskets may be shipped from a manufacturer in another state or even overseas. Flowers might come from Internet funera... more »

The Three Most Common Times to Start Planning a Funeral

Most people assume that funeral planning is something that happens once death occurs—which is part of the reason it gets such a bad reputation. There are few things worse than being forced to choose a casket, select a burial plot, and talk about wa... more »