How to Plan a Themed Funeral 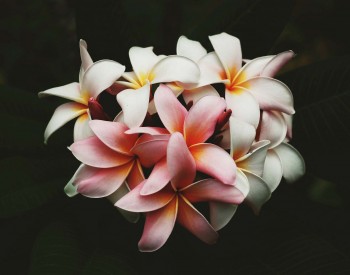 How to Plan a Themed Funeral

The differences between wedding planning and funeral planning are not so large as the two separate industries would like consumers to believe. Both are major life events that bring together a large and disparate group of friends and family members. Both require quite a bit of planning and foresight. Both tend to be formal occasions and celebrations of life. And it is possible to have an overarching theme to help you plan an outstanding ceremony that will touch the hearts of everyone present.

A funeral theme is like a wedding theme in that it provides a primary direction for your plans to take. Because there are so many decisions to make regarding burial in such a short period of time, keeping everything under one specific theme can make it easier for the entire family to come to an agreement.

Although you don’t want to take things too far by pushing a carnival-themed memorial service or making things over-the-top, there is no reason why you cannot have a little fun with funeral plans. This is especially true if you are pre-planning your own funeral or making advance arrangements, and are therefore in a better frame of mind to focus on the positive.

Of course, you could also pick a simple motif and stick to that. Choose a favorite color or style of decoration. Throw a barbeque and include the deceased’s favorite foods. Make it a musical event and ask guests to sing or play a favorite song.

Funeral planning with a theme doesn’t have to be an elaborate or ornate affair. By simply moving your memorial service plans in one common direction, you can ease the burden of decision-making and focus on what’s really important—saying goodbye.

We often see cremation offered as an affordable alternative to burial—a way to say goodbye without the heavy costs associated with buying a casket, purchasing a grave plot, and putting up a headstone. While it is possible to save thousands of dol... more »

How Celebrity Deaths Affect Us

Nothing arouses curiosity quite like a death—and a celebrity’s death is cause for even more speculation. In addition to questions about how and why a beloved media icon passed on, we often find ourselves questioning our own emotional responses. ... more »

Funeral pre-plans, preplanning a funeral, pre-need cremation…there are so many different terms out there related to the funeral planning industry it can be hard to keep track. Although many of the phrases are used interchangeably, there may be subt... more »