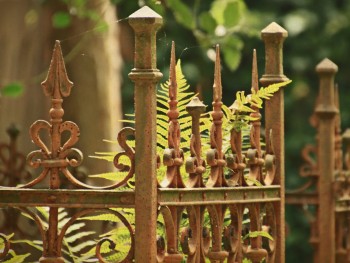 Funeral planning is almost always fraught with overwhelming feelings. From grief and despair to the heavy responsibility of making funeral decisions, the emotions of funeral planning are often the most difficult part of the process to navigate. And this means that past grievances can make an appearance in a big way—sometimes even going so far as banning someone from attending the funeral.

Whether it is a specific case (if the person was somehow responsible for the death), or a more general family feud that gets in the way, it can be perfectly natural to not want an individual or group of individuals at the funeral. However, before you ban them or close the doors and prevent people from attending, you may want to ask yourself a few questions.

You can also talk with your funeral director for more information. As professionals who see families at both their best and their worst, they might have insight into how to best handle this particular situation. Members of the clergy can also be a good resource during this time.

Banning someone from attending a funeral is not to be taken lightly—and it’s a decision that, once it is over, can never be undone. Make sure your motivations are pure before you do anything this drastic, and always consult with other relevant members of the family first.

Death and funeral planning have the tendency to bring out the best and the worst in people. While families might hope that the loss of a loved one will bring them together as a cohesive unit, it is often found that the reverse is true. From disagreem... more »

It’s no secret that planning a funeral is a mentally exhausting task. Most people charged with the task of burying a loved one are already reeling from an overflow of emotion, and when you add the need to make dozens of financial and burial decisio... more »