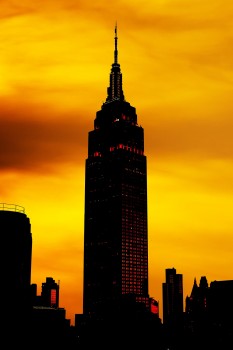 Any time you search online for funeral prices and burial costs, you are likely to find a familiar caveat: how much you will end up paying depends on where you live.

This is not a very helpful statement if you are looking for specific funeral costs in your area, but it makes sense. Location will always determine price. Almost everything costs more in a metropolitan center like New York or Los Angeles, and areas where space is limited (think Massachusetts) is always going to put a higher premium on land than someplace where there is plenty to spare (we’re looking at you, Wyoming).

It is no surprise, then, that the world’s most expensive burial grounds are in densely populated areas like London, Paris, and Dublin. Not only do these cities have more deaths to contend with on an annual basis, but cultural and religious restrictions mean that cremation is not always seen as a viable alternative, which means the land continues to be used up.

Closer to home, you are most likely to find the highest prices in Hollywood, New York, and Boston. Here are a few of the most expensive cemeteries in the United States.

Interestingly enough, the famous cemeteries of the South tend not to factor on this expensive list. Although areas like Georgia and Louisiana contain some of the most beautiful cemeteries in the world, they do not experience the skyrocketed prices present in other parts of the world. Due in large part to the abundance of space (and also to a less monetary approach to death), you might be able to find a gorgeous, historic plot here for little more than you would pay in a modern cemetery.

When it comes to funeral planning, there are no strict rules when it comes to how you set up the memorial service—but that doesn’t mean there aren’t a few guidelines you can rely on to help. The order of service (also known as the funeral servi... more »

These days, just about everything has an affordable alternative—and funeral planning is no different. Low-cost funerals have become something of a buzzword in recent years, offering people a chance to say goodbye to their loved ones in a way that d... more »

When You’re in Charge of the Funeral Plans

When it is up to you to take on the responsibility of funeral planning, it can be helpful to have some guidance. From choosing a funeral home to making burial arrangements, there are a lot of decisions to be made. In addition, you likely need to atte... more »