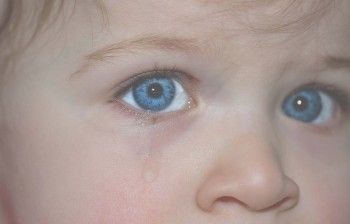 Death can be especially difficult on young children, since they do not always understand the long-term implications of loss or have good coping skills for their grief. Counseling can help, as well as a good support network at home, but it might also be worthwhile to look into movies you can rent and watch at home.

Although a movie can never replace a heartfelt talk, it can provide a framework for kids to understand death and beginning the conversation—especially if this is their first time encountering it. You should always watch these movies with your children and be prepared to answer any questions they may have afterwards.

Physical Side Effects of Grief

Many people assume that grief is a process that takes place only within the mind and the heart. After all, losing a loved one is not like being in a car accident—you hurt, yes, but not in a physical way. There are no broken bones to mend, no su... more »

Funeral Etiquette: How to Pay a Condolence Visit

When a family member or friend experiences a loss, it is common to pay them a visit to show your love and support. This meeting, often known as a condolence visit, is not a required part of the funeral process, but it can help your loved one feel... more »

Even though the number of drug overdose deaths in the United States outnumbers the number of deaths caused by traffic accidents, it remains one of the most stigmatized ways to lose a loved one. It doesn’t matter whether the death was caused by ... more »