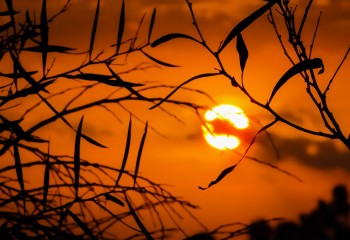 The vast majority of people will choose either burial or cremation for their final funeral plans. Although alternatives in green burial offer everything from resomation to body donation, these options aren’t mainstream enough to appeal to everyone—and the additional cost and hassle can outweigh the benefits of a more traditional funeral.

Another burial alternative that few people know about is body plastination. By definition, plastination is the process of preserving any animal’s body by replacing all the water and fat tissue with a special blend of plastics. Unlike embalming, which preserves the body for a few weeks, plastination prevents the body from decaying altogether. Specimens that result can be handled like any type of plastic and don’t smell or otherwise fall apart.

From a scientific and educational standpoint, plastination is a great innovation. It was invented in 1979 by a German scientist who wanted to preserve biological specimens like animals (and animal body parts). No other process allows individuals to see entire bodies and organs (or slices of bodies and organs) for a long-term period. Used in college classrooms and as part of art exhibits, this means that people can see firsthand the wonders of the body—both human and animal—and learn how it works. More than 40 medical and dental schools use plastination as part of their curriculum.

Of course, that doesn’t mean plastination is without its problems. Many people find the process to be invasive and gruesome, and there are ethical concerns about using human bodies (even donated ones) to be on display in such an obvious manner. Like body donation for dissection and medical schools, there is a lack of reverence that goes into treating the body this way, and families may find the idea of a loved one’s internal organs on display too difficult to handle.

This is especially true since a traveling display known as BODY WORLDS has gone around the world, showcasing human anatomy in an exhibition that is equal parts science and art. To date, this exhibit has drawn thousands of visitors and intends to expand to showcase more.

How Can I Be Plastinated?

Right now, the only plastinated human bodies are donated ones, and the majority of them are from Germany, where the process originated. Because the interest in plastination is much higher than the need and production, there is no guarantee that you would be accepted even if you lived in the area.

If you live in the United States and are planning a funeral, chances are plastination won’t be listed among your viable burial options. However, regular body donation and other burial alternatives might be. Talk with a funeral home director or a mortuary lab in your area for more information—and make sure that any concrete plans you make are outlined in your will or advance funeral directive.

Government Services When a Loved One Dies

When you lose an immediate family member (spouse, parent, or child), it is likely that your entire life is going to undergo a change. Not only will there be an emotional struggle, but you may find that your entire means of financial support is go... more »

When a person undergoes estate planning or takes out a funeral insurance policy, much consideration is given to the beneficiaries and descendants being left behind. Who among them will be the executor to your estate? Who will be in charge of the ... more »

Funeral pre-plans, preplanning a funeral, pre-need cremation…there are so many different terms out there related to the funeral planning industry it can be hard to keep track. Although many of the phrases are used interchangeably, there may be subt... more »