Can I Hold a Funeral at Night? 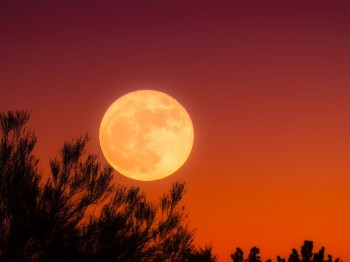 Can I Hold a Funeral at Night?

Funeral planning and traditions have become such an ingrained part of our culture that any sort of deviance from routine is automatically questioned. Most funerals are held on weekdays during the day. Families and friends share prayers and eulogies before heading to a meal hosted by the family. A graveside service is typically conducted during the day.

However, as more and more families strive to add their own unique touch to funeral plans, it is becoming increasingly common to look deeper to find those special details that honor the deceased. Hobbies are showing up as novelty caskets and headstones. Clubs and groups might throw a special tribute of their own. And the deceased’s preferences in life—including a love of the night—might show up in a request to hold a funeral after sundown.

Why Aren’t Funerals Held at Night?

For the most part, funerals are held during the day and wakes are held at night. In large part because a wake is a vigil for the deceased until morning, this has been the custom for quite some time. In fact, the entire funeral industry revolves around the idea that funerals are a daytime activity. Although you can usually call a funeral home at night when a death occurs unexpectedly, all plans take place during regular business hours.

Cemeteries, too, cater to a daytime crowd. Many of them close at dusk, both to prevent vandalism and because many people are afraid of cemeteries at nighttime. So, too, would it be difficult to hold any sort of service after dark, as there would be a need for adequate lighting.

There’s also a matter of attendance to consider. While night owls might have no problems attending a funeral that’s later than usual, most people adhere to a nine-to-five work schedule that makes it difficult to reschedule. This is especially true when you take into account the staff needed to hold a funeral, including members of the clergy, audio-visual setup, funeral home and cemetery workers, or even caterers.

How to Hold a Night Funeral

Of course, this does not mean you cannot do something for the deceased at night. While you may need to restrict your formal activities to the daytime, it is possible to make your own plans in the evening. Some ideas include:

A nighttime funeral is not something most people consider, but that doesn’t mean it is out of the question. You may encounter a few obstacles (and you may have to hold a traditional funeral for the more conservative family members), but with a little creativity and advance planning, you can send your loved one off in a fitting manner—no matter what the time of day or night.

If you have recently lost a loved one or are planning a funeral for the first time, you might be intimidated at the prospect of writing a eulogy or giving a funeral speech. After all, this is your one chance to let everyone know in words just how imp... more »

If you’re a fan of recycling, turning down the thermostat, and otherwise doing your part for the environment, then you may have already considered a green funeral in your funeral planning process. If you simply like to save money, however, you migh... more »

Flowers and floral arrangements are a common tradition respecting the deceased in many different cultures. Offered as bouquets, wreaths, or as part of larger displays, flowers add a touch of beauty and elegance to the setting, and also convey respect... more »