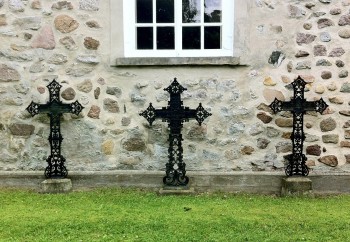 While it’s true that most cemeteries perform the same general purpose to society, they tend to take different approaches to how this is accomplished. Some are religious, some are secular, some are run by the government, and some are closed to all but families with previously purchased burial plots. Depending on what type of cemetery you’re looking at, you could encounter any of the following types.

How to Wear Color to a Funeral

Not everybody loves the idea of a funeral filled with a sea of guests and loved ones in deep, dark black attire. Although black is the traditional color of mourning and shows your respect for the deceased, it also bestows a heavier tone to the pr... more »

Whenever someone dies in the line of duty—whether it’s a soldier, police officer, or fire fighter—funeral planning becomes more important than ever before. That’s because the deceased is more than just a beloved son or daughter, mother or fat... more »