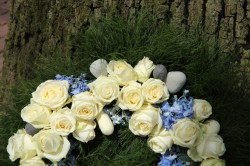 Like most traditions and ceremonial events, funeral planning changes over the years. Whether it’s the annual increase in the number of cremations or the prevalence of “green funerals” that seek to reduce an impact on the environment, popular funeral trends have a way of sticking around. As we enter 2014, here are a few of the funeral planning trends and practices to expect in the coming year.

As technology increases and our discomfort with death decreases, these kinds of changes will only become more mainstream. While death and dying will always be difficult, funeral trends continue working hard to help families embrace the inevitable and find joy in what remains.

Who Should Pay for the Funeral?

No one can deny that funerals are expensive. When you factor in everything from the burial and gravesite to the memorial service itself, you could be looking at a total cost of anywhere from $2,000 to $10,000. So who pays for the funeral? Whet... more »

Traditional Burial Alternative: Turn Your Ashes into a Vinyl Record?

For some people, traditional funeral planning just isn’t enough. The rituals surrounding burial and cremation have been around for so many hundreds of years that it’s almost impossible to make your funeral stand out from the crowd as something un... more »

Why Funeral Flowers Continue to be the Right Thing to Do

Green funerals are on the rise all over the United States, and more and more people are turning away from traditions like embalming and funeral flowers in lieu of eco-friendly alternatives. These steps are a great way to give back to the earth and p... more »