Types of Musicians to Hire for a Funeral 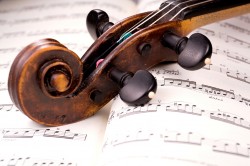 One of the most time-honored parts of planning a funeral is choosing what kind of music you’d like to have played for the service. Evoking the right mood and playing favorites of the deceased is a great way to make a funeral memorable without huge costs, and it adds a personal touch that is both respectful and appropriate.

Music at funerals is often played in the background as people arrive and depart. It can also be used as a part of the service or to accompany the casket being lowered into the ground. Some families also have music playing during the funeral luncheon or reception. However you choose to set the stage is up to you.

While selecting songs and playing them on an iPod or sound system is perfectly acceptable, you can also take things one step further by hiring live musicians. Here is a list of the most common types of funeral musicians and what they add to the service.

Music has a way of soothing troubles and helping us get in touch with our emotions. Make your loved one’s funeral memorable by trying one of these live musicians.

Planting Flowers at a Grave

These days, most cemeteries have strict regulations regarding what types of flowers you can put on a grave and how long they can remain before being removed. This is done not to inconvenience families, but to ensure that the grounds remain beautiful ... more »

It’s becoming increasingly more common for families to take comfort during the funeral planning process with unique gifts and tributes. While many people still hold fast to funeral traditions, there is something to be said for receiving a unique, p... more »

With the Internet, it’s a new world for pre-planning your final wishes and making advance arrangements. Many sites offer pre-planning advice, guides, and more. Good pre-planning resources can also be found on our resource section at www.iMortua... more »