What to Do at a Funeral for a Suicide 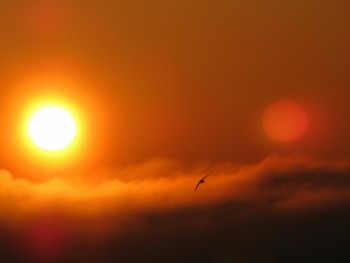 What to Do at a Funeral for a Suicide

When a friend or relative takes their own life, it can be difficult to know what to do at the funeral. At most funerals, death is a straightforward loss—the deceased is dearly missed, and grief follows from there. At a funeral for a person who died by suicide, however, there is likely to be an overwhelming array of emotions and conflicting feelings—even shock. Why did the deceased take his or her own life? What could have been done to prevent it from happening? What is there to say to the family if strong religious beliefs play a role?

Because there is so much at stake, you might not be sure what’s expected of you as a guest at the funeral. Although many of the traditions (funeral flowers, funeral clothes, etc.) are the same, there are a few differences you can expect.

Remember that a Funeral is a Life Celebration

Regardless of how a loved one dies, a funeral is meant to be a celebration of life. Instead of dwelling on the details of the death (regardless of whether the deceased committed suicide, lost a battle with cancer, or died in a car crash), the idea is to remember the person during his or her life. Memories, music, photos, stories, and heartfelt sentiment are always appropriate.

This is especially important following a suicide. Because the family may still be struggling to come to terms with the realities of their loss, the thing they need most is for people to remember the good times. Every human life is complicated and dynamic, with plenty of ups and downs along the way. Instead of focusing on the downs, find a few happier stories and memories to share. The family would much rather listen to how the deceased affected your life in a positive way than hear your opinions on suicide. These are the things that will strengthen them for the difficult days ahead.

No matter how many people come prepared to share a message of love and support, there is likely to be speculation and gossip about the death. Do your best not to participate and to change the subject whenever you can. Yes, it is natural to be curious. And, yes, talking about suicide is important in the recovery process—especially if depression is something you struggle with yourself. However, this is neither the time nor the place to indulge in these conversations. There will be time enough to go over the details and cope with the existential and religious connotations of suicide. The funeral is for showing support and love, period.

When a death happens by suicide, normal funeral traditions may seem inappropriate. For example, you might feel that a large memorial service with a full religious ceremony is unwarranted, especially if suicide is frowned upon by your religion. Along the same lines, you might not want to send an elaborate funeral flower display or offer to be a pallbearer. You might even find the procession or open casket unseemly.

However, none of this is for you to decide. If the family needs these traditions to come to terms with their loss and begin the grieving process, then your only role is to support them in this. If you find yourself unable to participate in these traditions without voicing your opinion and/or displeasure, then it is best for you to avoid the funeral and mourn in your own way. You are allowed your own feelings, but not at the cost of the family’s grief.

How to Decline an Invitation to a Funeral

Not all funerals are held at convenient times or convenient locations. Unlike weddings, which can be planned months in advance, funerals crop up unexpectedly regardless of the time, date, weather conditions, or other plans you might already have.... more »

Cemetery Etiquette and You

Most people know how to behave at a funeral or a memorial service, when respect and reverence are called for in equal proportions, but cemeteries provide a trickier funeral etiquette question. After all, cemeteries are public places open to the e... more »

After the Service – Funeral Etiquette

For those not involved with the actual funeral planning, it can be awkward to know what to do. Fortunately, there are standard “rules” of funeral etiquette that can help you navigate the situation. Everything from funeral attire to expressions of... more »