Are You Ready for a Destination Funeral? 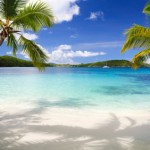 When it comes to funeral planning, people are faced with more options than ever before. You can completely pre-plan a funeral while you are still in the peak of health. You can donate your body to science. You can even shoot your cremated remains up into space or become part of an eco-friendly coral reef project.

A new wave of funeral planning innovations is the destination funeral. Like a destination wedding, this is a celebration planned for somewhere far away from home: maybe a tropical beach or a favorite location overseas. For those with enough money to turn this dream into a reality, the result can be an unforgettable funeral experience that brings people together in ways you never imagined.

How Does a Destination Funeral Work?

Because it is still such a new concept, destination funeral plans aren’t likely to be offered at your local funeral home. If you’re interested in having a funeral outside of your location, or if the deceased made a request for cremated remains to be scattered in a tropical locale, you will have to adhere to state and travel regulations regarding the transportation of human remains.

You’ll also need to plan the funeral itself—just as you would at home. For example, if you will be burying the body in another location, you will need to coordinate with a funeral home at the destination. If you will be scattering the remains (which will most likely have been cremated where you live), you will need to check local regulations regarding where you are allowed to do so. Of these two options, the latter is the more common; it is much easier to transport cremated remains rather than a preserved body, and you will have more flexibility in how you time the ceremony.

Coordinating family members will also be a challenge, especially if the ceremony isn’t part of a pre-planned funeral package. Last-minute airfare will be more expensive than airfare purchased in advance, and you will also need to consider things like transportation, lodging, and local amenities like florists, musicians, and members of the clergy.

If you will be transporting a body over state lines (via plane, train, or even car), it is best to coordinate with the funeral home at your destination location. They will help you to find a provider in your area to embalm the body, which is a legal requirement, and to get the correct transportation materials and licenses you need to move the body over state lines. This process can take quite a bit of time (and money), so it is best if this is planned in advance. With funeral pre-plans, you can even consider body relocation across international borders to Canada, Great Britain, and the Caribbean.

Transporting cremated remains is a little easier, though it is also subject to airline regulations, and urns and other crematory receptacles will be checked for explosive materials as you move through security. Some airlines will allow you to check the urn as part of your baggage, while others might only allow you to bring the urn as carry-on. You will need to communicate with the airline directly. In most cases, transporting cremated remains over state borders via car isn’t a problem.

Is a Destination Funeral a Good Idea?

All practical considerations aside, it’s important to remember that destination funerals aren’t for everyone. The primary reason for a destination funeral is because it was the wish of the deceased—perhaps to bring family members together for a celebration or to rest forever in a place with fond memories.

Unfortunately, no matter how beautiful the location or well-planned the funeral, there will necessarily be impediments to travel, to coordinating all the family members and friends who wish to come, and to even taking enjoyment out of what must be necessarily be a somber affair. As a compromise, you may want to opt for a traditional funeral and plan a family vacation in honor of the deceased at a future date.

Funeral planning is almost always fraught with overwhelming feelings. From grief and despair to the heavy responsibility of making funeral decisions, the emotions of funeral planning are often the most difficult part of the process to navigate. A... more »

How to Set a Funeral Budget

Before you sit down with a funeral director to go over all your options for a loved one’s funeral plans, it’s a good idea to figure out how much money you’re willing to spend. Although the average funeral can go as high as $10,000, you aren’t... more »

Benefits of an Outdoor Funeral

Most funeral plans revolve around a fairly traditional ceremony. Whether at the funeral home or at a local place of worship, family and friends gather to say prayers, sing hymns, share stories about the deceased, and pay their parting respects. While... more »