Cremation as a “Green” Alternative 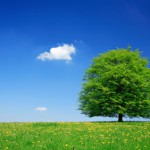 With all of the environmentally conscious ideas we’ve incorporated in our lives, it’s no wonder that our funeral planning is coming under scrutiny as well. With fewer resources consumed, funeral planning with cremation can be an ecologically sound option.

The Environmental Costs of a Funeral

Funeral planning can use up a lot of the earth’s resources. For example, burial arrangements typically include a coffin, which is made of multiple processed materials and requires a great deal of energy to produce. Most coffins also necessitate transportation from the manufacturer to the funeral home or cemetery. All of this can be avoided by making final arrangements to be cremated instead. Cremation can happen in a simple cardboard container, using less energy and producing less waste.

The human race is expanding, and we will need places for final arrangements for an increasing number of people over time. Sooner or later we will simply run out of room to house the dead in cemeteries. Because of this, funeral planning involving cremation is our best bet to reduce the amount of land we consume. These remains take up far less space when they are interred.

We don’t just save the land for other uses, however. Burial arrangements in a cemetery also requires maintenance. The lawn and other plants will need to be watered and mowed, taxing our resources when final arrangements could be made through cremation instead. Keeping a lawn maintained requires not only water and fuel, but often times potentially harmful weed killers that are used to maintain the quality of the grass. With cremation, this negative aspect of funeral planning can be reduced or eliminated entirely.

While some final arrangements are made for cremated remains to be interred at a cemetery, these often make less of an impact on the environment. Not only do the vaults take up less space, but there are often no patches of lawn surrounding each set of remains. The vaults can be arranged to allow for a greater number of interments in a small space, further increasing the green results of cremation.

Better yet, the final arrangements for cremated remains don’t always include being interred at all. Quite often the loved ones of the deceased will have them placed in a small urn. These urns can be made of natural stone or wood, and require little man made materials to house them. Other times, ashes are scattered and given back to the earth, using up no long-term space and creating no impact on the environment.

Funeral planning can be ecologically unfriendly, but final arrangements don’t have to be this way. By considering cremation as the green alternative to burial arrangements, you can have an ecologically sound funeral plan that still treats the deceased with respect. Not only will there be no coffin, but with fewer, if any, grounds to maintain, cremation is the environmentally conscious choice not just now, but for eternity.

The Truth about Embalming

When funeral planning, embalming is typically introduced as a way to preserve the dignity and appearance of the deceased in the days leading up to the burial. Through the use of various medical techniques, the body is drained of its natural fluids an... more »

Funerals and the Baby Boomer Generation

It comes as no surprise for most people to discover that funeral planning traditions stem from the lives and viewpoints of older generations. The reason so many of the services offered through a funeral home are geared toward those with conservative ... more »