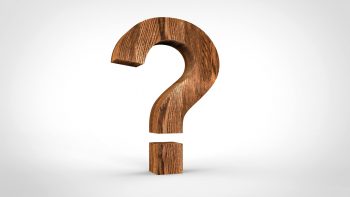 Every industry has its own jargon that is used to explain its services and customs. From medical terminology and sports-speak to the complex languages of the computer world, these different ways of describing things can be intimidating to anyone unfamiliar with them.

The funeral industry is no different. Whether you are beginning the process of pre-planning a funeral (that is to say, planning and paying for your own funeral before you die), or if you are getting ready to lay a loved one to rest, you are likely to encounter any number of words and phrases you have not heard before. While this list will help introduce you to some of them, always feel free to ask for clarification from any funeral service provider you hire.

Apportionment: This is when the cremated remains of a loved one are divided up among family members.

Arrangement Conference: Shortly after death occurs, you will make an arrangement conference to sit down with the funeral director and decide on the funeral plans.

At-Need Funeral: The opposite of a pre-planned funeral, this is when funeral arrangements are made after death occurs and when no other plans have been put together.

Bier: This is the stand upon which the casket is placed prior to burial.

Columbarium: The formal “burial” place for cremated remains, usually built as a wall where families purchase an individual niche for the remains.

Cremation Casket: A specialized casket designed to be cremated along with the body.

Direct Burial: When a body is buried without a formal funeral or viewing. Direct cremation is also an option.

Embalming: Embalming a body is done to preserve its state long enough for a viewing, burial, or according to personal choice. It is a chemical process performed by the funeral home.

Funeral Insurance: Also called “burial insurance,” this policy is taken out prior to death for the express purpose of paying for the funeral, burial, cremation, and/or other arrangements.

Funeral Rule: This is the law established by the Federal Trade Commission to protect your rights as a consumer. It requires that funeral homes be up front about prices and act according to certain regulations.

General Price List: A list of all goods and services provided by a funeral home, along with the prices of each. A funeral home is required by law to give this to you when you ask..

Grave Liner: A container, usually of cement, that goes around the casket to protect the surrounding earth for a burial.

Green Burial: An eco-friendly alternative to traditional burial that emphasizes the use of natural materials and minimal intervention with natural processes.

Preparation Room: This is the room at the funeral home where the body is prepared for viewing and/or placed in the casket. It is rarely seen or visited by family members.

State Room: If you’ll be holding a formal visitation or viewing, this is the room in which it takes place. The funeral is likely to occur elsewhere.

Transit Permit: When moving a body across state lines or a long distance (for burial), a specialty transit permit is required.

Video Tribute: Many families choose to have a video tribute at the funeral. This can be actual video clips of the deceased or a slideshow of still photographs. It is played during the funeral and/or posted online.

Wake: Also called a visitation or viewing, this is a gathering where friends and family come together to pay their respects, usually with the body of the deceased in attendance.

Human Burial in a Pet Cemetery

There’s good news for pet lovers who want to spend eternity by their beloved animals’ side—according to new regulations in the state of New York, it’s now legal for pet cemeteries operating in the state to accept human remains (in cremated fo... more »

Funeral etiquette is complicated even under the most traditional of family circumstances, so when you throw in blended families and issues related to divorce and remarriage, things can quickly become tangled up. Is it acceptable to go to the funeral ... more »

Resources to Help Pay for a Funeral

When a loved one passes, funeral planning can be daunting. It is important to make burial arrangements that are respectful to the deceased, yet finding the means to pay for the services isn’t always easy. Fortunately, there are some resources o... more »