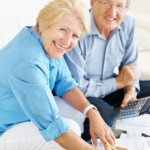 It may be a necessary fact of life, but pre-planning a funeral isn’t what most people choose to do on their day off. Perhaps the biggest obstacle to planning for a funeral is that it requires facing the fact that eventually, you will pass away. Coming to terms with this truth isn’t easy for any one, and it can be difficult for both you and your loved ones.

However, after your death, final arrangements will have to be made, and you can spare your loved ones considerable cost and heartache by attending to the details in advance. And if you have already decided whether you will choose cremation, a green funeral, or burial in a cemetery, it will make the process of finalizing your burial arrangements that much easier.

The Importance of Funeral Pre-Planning

Many people say that they don’t care about their funeral plans, but burial arrangements become incredibly important and stressful for family and friends after a death. By taking the time to add funeral planning to your estate planning needs, you’ll be sparing them not only the worry involved with honoring your life, but you could also save them quite a bit of money. Because of the added burden of stress following the death of a loved one, most people don’t shop around for funeral arrangements, and they may feel that it is cheap or disrespectful to look for better deals. By taking care of your funeral planning ahead of time you can spare them not only the upfront cost, but also allow your family to pay less overall and leave more assets in your estate.

Why People Put Funeral Pre-Planning Off

One reason many people put off funeral planning is that burial arrangements can be expensive depending on which options are chosen for the service and for the remains. It’s important to know that while there will be a cost for prepaid funeral plans, funeral pre planning at an early date doesn’t require commitment. In fact, you can take your time to consider options as well as pre-planned funeral packages before you put any money down. Once you have made your funeral preparation, you can include it in your estate planning to ensure that your heirs won’t be left wondering what you would have wanted.

Planning for a funeral can also feel overwhelming. There are so many details, from funeral homes and funeral home cemeteries to deciding what to incorporate in your final arrangements, that it can be hard for the newly-bereaved to cope. It can also be difficult if you’re making the plans ahead of time.

If you’re ready to start considering your options, it is best to create a funeral planning checklist. It is easier to feel in control when planning for a funeral if you take the time to write down the options and costs that are important to you, as well as to note the ones that are less important. There are many funeral resources available, and funeral homes regularly work with people to help them with their funeral planning. Few people know the details of making burial arrangements like funeral directors, so using them as a resource can really reduce the stress of planning for a funeral.

Unique Gifts for the Newly Bereaved

When a friend or family member loses a loved one, we want to do all we can to make their situation easier. Traditional funeral gifts like flowers, food, and gift baskets are nice gestures, but when everyone offers the same type of present over th... more »